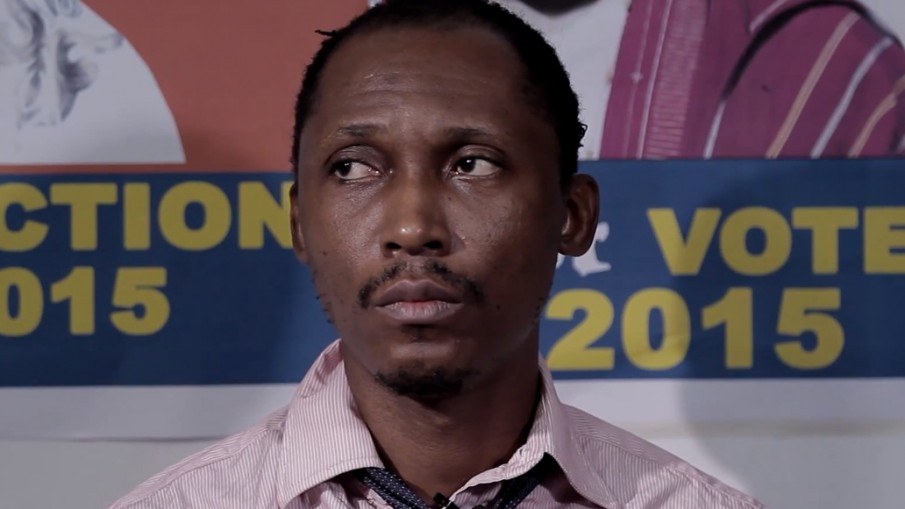 The name Kunle Idowu might not sound familiar to Nigerians on social media, but the mention of Frank Donga, would get everyone’s attention.
Loading...
With a Twitter followership of over 15,000 and equally large fan base on Youtube, Facebook and Instagram, Kunle Idowu is really the man behind ‘Frank Donga’ of  the hilarious The Interview skit.

In a recent interview, the comedy skit merchant reveals the kind of reactions he get from fans when they see him in public, “It’s always refreshing meeting people who like your work. Some tell me how much they enjoy watching my skits or following my social media accounts. Others smile or laugh or hug me. I appreciate all my fans very much.”

He didn’t forget to add the naughtiest of them all, ” I cannot say they were “naughty” reactions. They were just reactions of love. I have got several love reactions from fans. One of the most humbling one was when a female fan spotted me sitting with friends at a mall, ran boldly to me, pecked me, turned around and ran off.

Well, Mr. Frank was also very popular for his comedy in his university days, hear him, “Oh, yes! My classmates can testify to that. I would constantly do impressions of my lecturers and friends just to amuse the class. A very good friend and classmate of mine, Yomi Banjoko, was my accomplice. We perfected the art of mimicking our lecturers together. The whole class would be in tears watching us imitate the gestures and voices of even our most feared lecturers. But after that  I thought I was going to be a farmer or a research scientist. Even when I started making skits, all I wanted was to “edutain” people. To help young graduates overcome the phobia of interviews and unemployment by some sort of reverse psychology through my style of comedy and humour. I had no idea things were going to turn out like this. I’m grateful to God and everyone that has been part of the success story, especially those that love and support my work.

(1) NEW SEX REQUEST We Have been Notified That There is (1) Female Near Your Location that is looking for quick sex only If you are available immediately PLEASE CLICK HERE TO REVEAL HER CONTACT INFORMATION AT NO COST TO YOU This is a free message provided courtesy of this site
Tags:Frank Donga