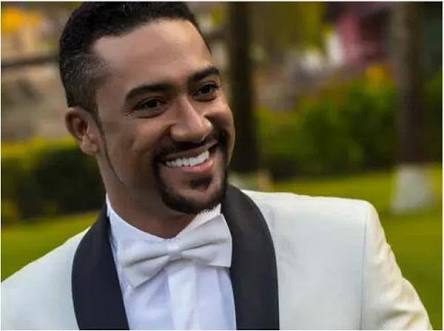 To give his numerous fans across Africa the assurance that he did not declare himself a born-again Christian and a pastor for selfish reasons, award-winning Ghanaian actor, Majid Michel has stressed that he is a true servant of God.

Apparently responding to cynics and critics alike, who had earlier dismissed his claims of being a pastor as a ploy to preserve his popularity among movie fans on the continent, Majid, who had been preaching about God and the Christian faith on social media, recently noted on Instagram that his motive was not to seek the attention of anyone.

Quoting directly from the scriptures, he wrote:
“Am I now trying to win the favour and approval of men or that of God? Or am I seeking to please someone? If I were still trying to be popular with men, I would not be a bond-servant of Christ.”

Considering the intensity of his passion for the gospel nowadays, it is becoming clear that the actor, who is now addressed as Evangelist Majid Michel, may decide to dump the screen for the pulpit anytime soon.

As proof that he may well be destined for the switch, Majid was a guest speaker at a three-day Leadership Summit organised at the Strong Tower Parish of the Fire of Life Ministries, a Christian organisation, in Benin City, capital of Edo State, last May.

Also, sharing his experience on the set of Emem Isong’s ‘Ayamma’ in an interview with a correspondent in October, 2016 the actor had revealed his real motive as a born-again actor when he said, “I have just realised that the authority of Jesus Christ must be asserted in every culture and tradition.

“I believe that Jesus came to purge these cultures and to take them away. Also, He came to take away our traditions and to replace them with His kingdom on earth. I believe that the real culture is the way of God.”

Majid is not the first popular celebrity to become a Christian evangelist or pastor and he won’t be the last. More people are realizing that we are not just in this world to have fun, mess around, die and be buried. There’s more to it; you are here to serve the Sovereign God or do otherwise and be rewarded for your deeds at the end. May the Lord help us all.