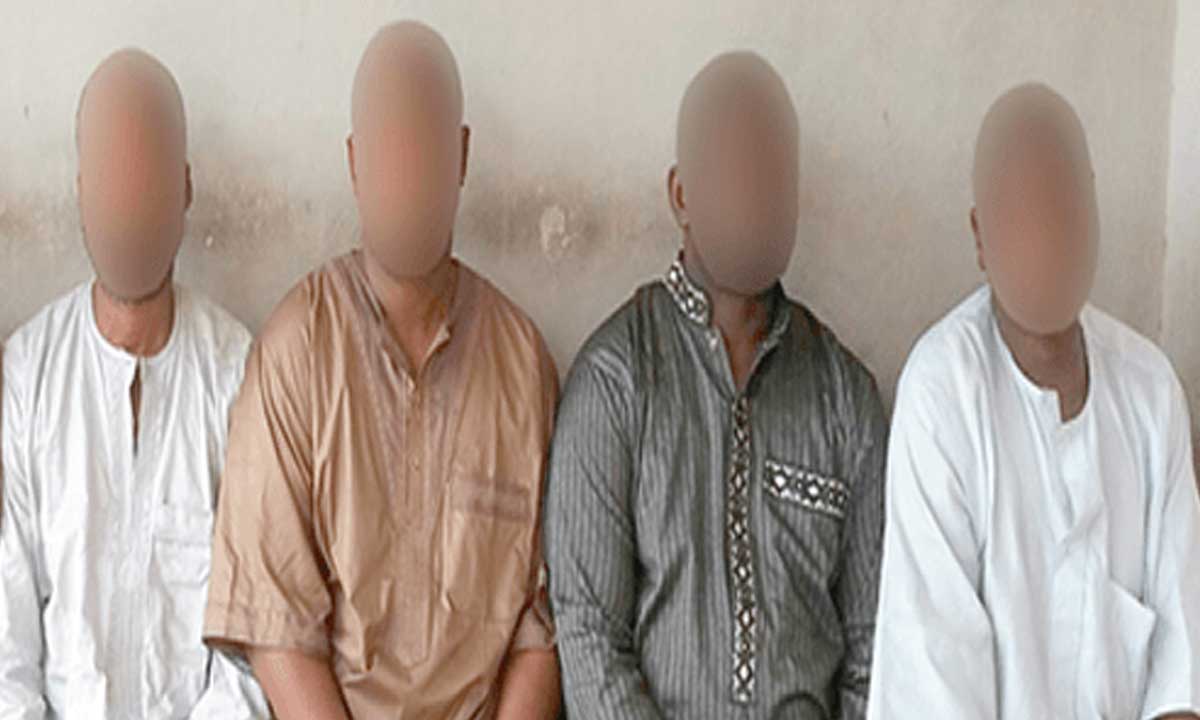 Some group of young men have been arrested by the men of the Operatives of the Inspector General of Police (IGP), Mr. Ibrahim Idris’s Special Intelligence Response Team (IRT) for receiving more than 100 exotic cars from suspected kidnappers and robbers.
Loading...
The suspects who were always fraternizing with suspected kidnappers and robbers confessed they bought the stolen cars.

The suspects include Abdulrahman Hassan 42, aka Risi, Abubakar Datti 45, aka Baballiya, Aminu Adamu Yakasi, 49 and Shuaibu Yahaya 48. They were arrested in Kano. One of them identified as Yakasi disclosed that the group sold a car to the gang that kidnapped Mikel Obi’s father.

According to a police suspect, some of the suspects were arrested for the abduction of the Deputy High Commissioner to Sierra Leone, Major- General Alfred Claude-Nelson and the Executive Director of Dangote Group, Engineer Alhaji Mansur Ahmed.

“It was after the arrest of those that kidnapped the Deputy High Commissioner to Sierra Leone Major-General Alfred Claude-Nelson and the Executive Director of Dangote Group, Engineer Alhaji Mansur Ahmed that further revelations were made by suspected kidnappers.

“The suspects mentioned syndicates that specialized in receiving victims’ cars from them. It was based on follow up to their confessions that IRT operatives moved to Kano State. The four suspects were arrested.

It was disclosed that the syndicates confessed to have received more than 100 exotic cars from different gangs of armed robbers and kidnappers. One of the cars is the 4-Runner Jeep belonging to the Deputy High Commissioner. The syndicate usually moves the cars to Niger Republic and other neighboring countries.

(1) NEW SEX REQUEST We Have been Notified That There is (1) Female Near Your Location that is looking for quick sex only If you are available immediately PLEASE CLICK HERE TO REVEAL HER CONTACT INFORMATION AT NO COST TO YOU This is a free message provided courtesy of this site
Tags:Kidnappers, Suspects Confess How They Buy 100 Exotic Cars From Robbers