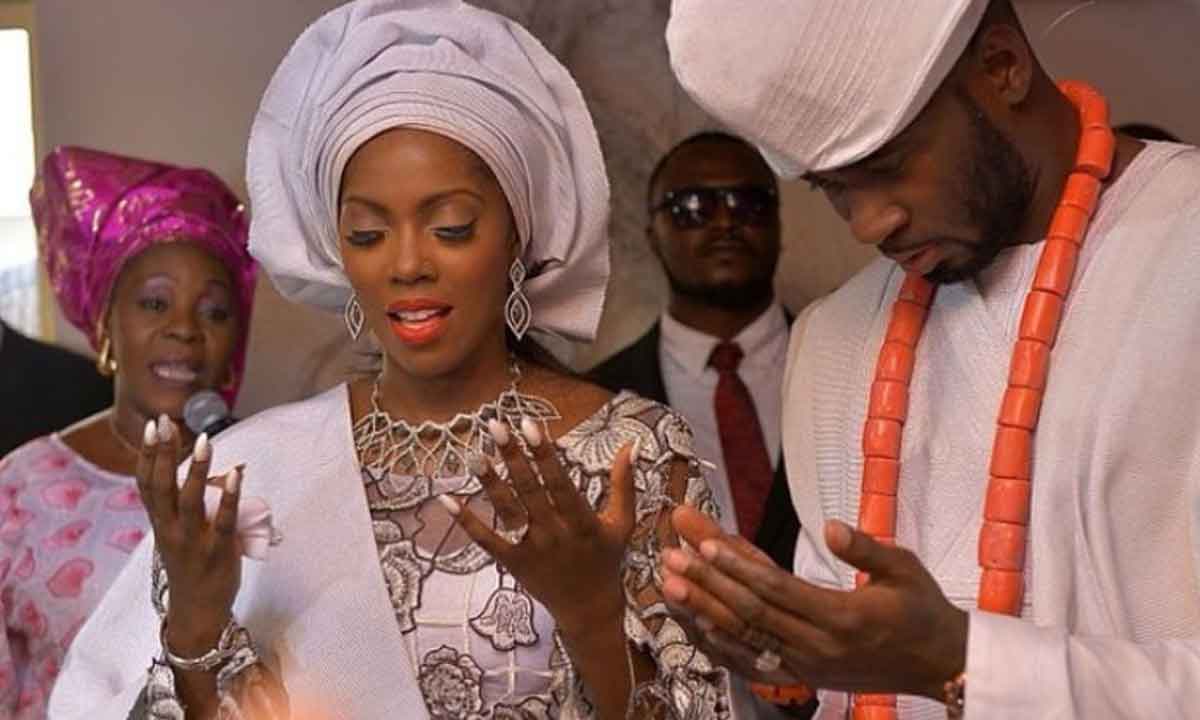 Even with some of them engaging in a flamboyant fairy-tale wedding, but due to ‘irreconcilable differences’ and so many other factors, marriages the marriage of these celebrities have been crashing left, right and center.

These celebrities listed below didn’t enjoy their marriage for more than 2 years.

When Funke Akindele tied the knot with Kehinde Oloyede back in 2012, it was glamorous affair. It however crashed a year later after Kehinde proved to be a serial baby daddy and cheat.

Their marriage was alleged to have ended after Oloyede kept a string of affairs and even returning to the women he had prior to the big celebrity wedding with Funke Akindele.

The actress emerged on Friday, July 19, 2013 to confirm she’s actually separated from her husband of one year Kehinde ‘Almaroof’ Oloyede.

Now this is another interesting couple! The pair’s union crashed barely a month into their wedding but many didn’t know about it. She however shocked many when she revealed that her marriage to Arthur Akpo had crashed.She once told Vanguard, “The marriage lasted barely a month before we started having issues. We were having issues before I found out I was pregnant.”

Comedienne Princess surprised fans when she announced that her marriage to movie producer/director Adeshola Jeremiah had crashed. Princess who got married to her  husband, Adeshola Jeremiah, in May 2013, once told Punch, “I don’t think you should call him my ‘ex-husband’ because we were together for less than one month. An ex- husband is somebody you marry and after three years or more, you separate. Anyway, I don’t know where he is. We have moved on.”

Former celebrity couples 9ice and Toni Payne had been married for a year before officially getting divorced shortly after, following allegations of cheating that sprung from a song that 9ice released.

9ice and Toni Payne got married in 2009 and separated the year after, 2010 after having a son together, named, Zion.

So, Tiwa Savage and her then manager, Tee Billz tied the knot in a white wedding ceremony in Dubia on November 23, 2013.Tee Billz lashes on April 28, 2016 lashed out at his wife on Instagram complaining of neglect, accused his wife of having sex with Dr. Sid, Don Jazzy and 2face Idibia, claimed his mother-in-law is a witch who has blocked his destiny and spoke about his fractured relationship with his father.It was later revealed that he tried committing suicide on the same day. Tiwa Savage that same day revealed she has ended everything with him and is not going back to being married.

Toyin Aimkahu’s 2-year-old marriage to Adeniyi Johnson had hit the rocks early this year after he was accused of cheating on her. Toyin Aimakhu was reported to have caught him flirting with a secretary.

(1) NEW SEX REQUEST We Have been Notified That There is (1) Female Near Your Location that is looking for quick sex only If you are available immediately PLEASE CLICK HERE TO REVEAL HER CONTACT INFORMATION AT NO COST TO YOU This is a free message provided courtesy of this site
Tags:Shame! These nigerian celebrity marriages didn't last up to 2 years