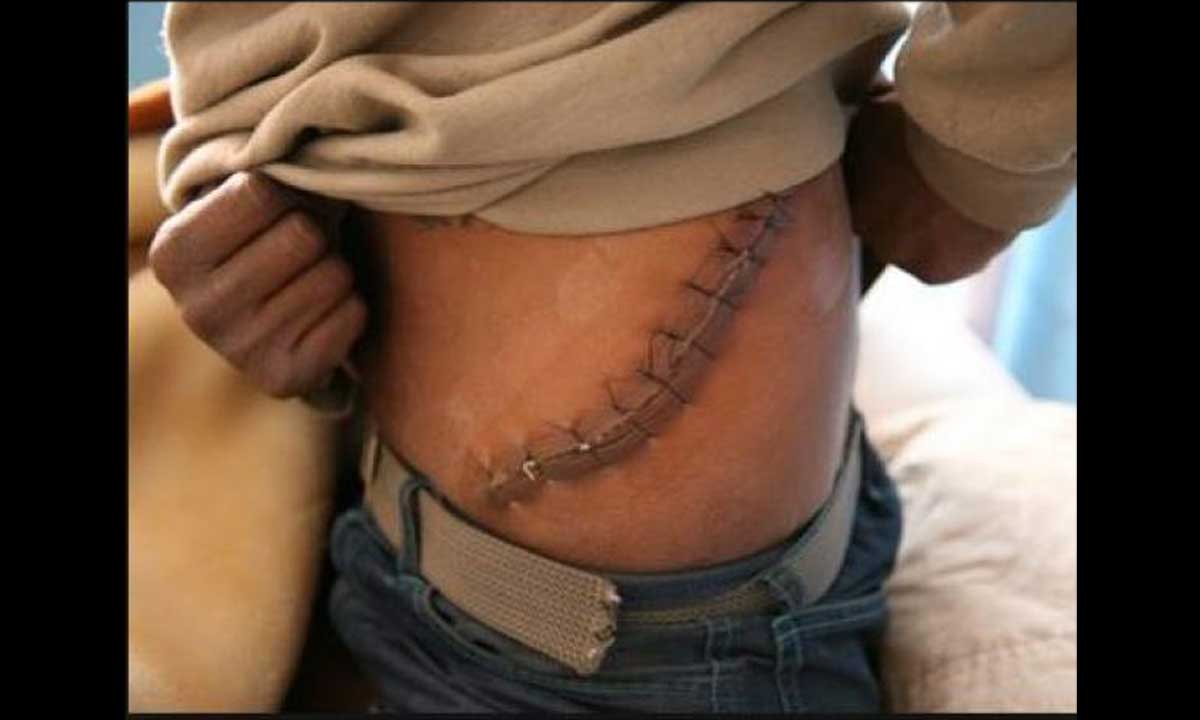 All the years we have been hearing about theft, stealing someone’s kidney has probably never happened before.
Loading...

A medical doctor, Hassan Yakubu in an hospital In Adamawa state has been arrested following reports that he was among those who removed the kidney of a 24 year old patient in the hospital.

The patient, Isa Hamma is said to be a life threatening condition as he have been constantly having Lapses since the removal of his kidney.

On the cause of investigation, it was discovered that the doctor, Yakubu Hassan is an uncle to the victim.

Relating what transpired, a relative to the victim, Hamman Seyo recounted what he knows about the pathetic situation of the victim.

He said: “the victim’s uncle, Yakubu, who treated Isa, at his Jimeta Clinic, for stomach complications, ended up operating the victim on July 8 but allegedly removed his kidney in the process. Three days after the operation, Isa could not urinate.

(1) NEW SEX REQUEST We Have been Notified That There is (1) Female Near Your Location that is looking for quick sex only If you are available immediately PLEASE CLICK HERE TO REVEAL HER CONTACT INFORMATION AT NO COST TO YOU This is a free message provided courtesy of this site
Tags:Theft: Patient's Kidney Stolen By Nigerian Doctor During Operation