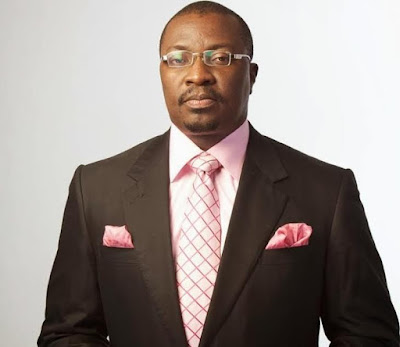 Veteran comedian and actor, Ali Baba, has angrily reacted to the calls for arrested kidnap kingpin Chikwudubem Onwuamadike aka  Evans’ to be freed from detention. In the post, which he shared on Instagram, the comedian also spoke on some of the societal issues facing the nation. He wrote:

‘I said it before, that we got here, where our country now stagnates, as a consequence of what we failed to do, what we allowed and a combination of all we did individually and collectively.

But most assuredly, as a result of letting evils in our society go unpunished. Someone goes into government, owning only a bungalow, comes out after a term in office with several properties, serious balances in their domiciliary accounts, several cars yet there is no way, that official’s salaries and allowances can fund all those. And when questions are asked, it’s witch hunting.
How much was your paid tax since you are the owner of all these wealth indicators? How did you make the money? Can you imagine some idiots are asking that a confessed kidnapper be freed? We are not talking petty thieves, who steal food to feed his family. Someone who caused families pain. Made the lives of their victims hell. And even got some killed. How do you people sleep at night?
I have a friend, a commissioner in Ogun State, whose father-in-law was kidnapped, the ransom was demanded and paid. Yet, over 5 or 6 years on, the body of the man has not been found. Did you see the robbers in the Zenith bank video that went viral? How can you listen to such heartless criminals and say it’s ok to forgive.
How would the family of the police officer take it? Now you know why corruption is fighting back. All those who have survived through lawlessness and illicit businesses are the ones fighting back on behalf of corruption. Same goes for so-called unknown soldiers.
There is a disagreement, next thing a bunch of soldiers will hop on a vehicle raze down a police station, burn down a BRT bus, shoot and maim… And this happens every now and then. Yet no heads roll. That’s why they will do it again. Herdsmen enter someone’s farmland. Trample on planted crops, an on going business concern. Even schools. No consequences.
A legislator opens a colleague’s head with a mace. No punishment. Someone kidnaps a sitting governor and brags about it. Nothing happens to him. You embezzle pensions of elders who served Nigeria. And walk free. You burst pipelines. And get Amnesty of 1.3m monthly. What do I know…
(1) NEW SEX REQUEST We Have been Notified That There is (1) Female Near Your Location that is looking for quick sex only If you are available immediately PLEASE CLICK HERE TO REVEAL HER CONTACT INFORMATION AT NO COST TO YOU This is a free message provided courtesy of this site