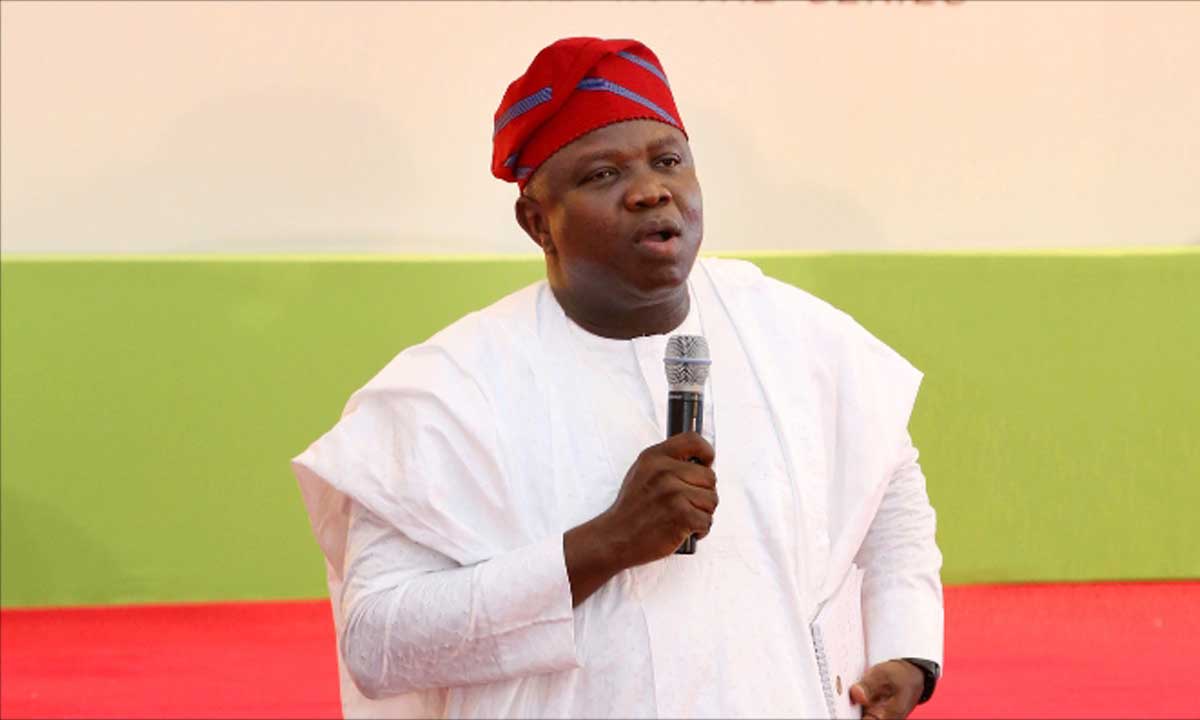 Loading...
The Governor of Lagos state, Mr. Akinwunmi Ambode, on Thursday, led an all -male walk against sexual and gender based violence in the state.
Ambode had earlier received some participants who walked at the Lagos House, Ikeja, before leading another set of men with placards which has various inscriptions like, “LASGIDI Men say no to abuse, violence against women,” “Women are not object, respect and treat them right,” and “Stop rape and abuse,”

He charged all security agencies to present with evidences individuals who would be used as scapegoats regardless of their positions.

In his words, “I will like you to join hands with me to say no to rapists, say no to women beaters and wherever they are.

“We know that the Task Force that we have set up will swing into action once it receives any petition from any member of the society.We are looking for the first 11 scapegoats whether highly or lowly placed in the society. We say no to domestic violence and sexual abuse.

“It is time we take the bull by the horn in tackling this menace of sexual and gender based Violence in our society.Research and countless reports have indicated clearly that women are significantly more prone to being victims of these crimes.

“There is also an evident trend of suppressing the voice of these victims due to the fact that these acts are perpetrated largely by men.

“We should not take for granted the potential exponential effect of having emotionally and psychologically damaged women in a society as the effect could transcend to their children who grow up in an environment, thinking this is the norm.

“Using highly placed individuals perpetrating the act as scapegoats will act as deterrence to others.”

(1) NEW SEX REQUEST We Have been Notified That There is (1) Female Near Your Location that is looking for quick sex only If you are available immediately PLEASE CLICK HERE TO REVEAL HER CONTACT INFORMATION AT NO COST TO YOU This is a free message provided courtesy of this site
Tags:Ambode