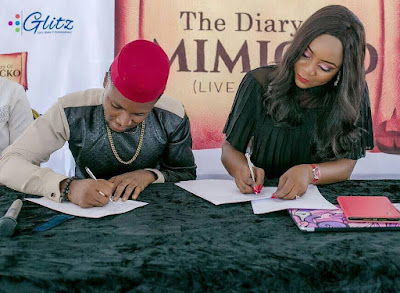 Glitz Entertainment and Promotions has signed a management agreement with a Nigerian Comedian Anton Mitchual, popularly known as “Mimicko”. The agreement was signed on Thursday, June 8, 2017 at the Glitz Event Center in Lekki, Lagos witnessed by representatives of both parties…

Commenting on the agreement, Adetola Juyitan CEO, Glitz Entertainment said; “Mimicko is a young talented act and we are happy to be part of building, nurturing his brand and strategically maximizing his potential in the industry”.

On his own part, Anton Mitchual (AKA Mimicko), “I feel honoured to be the first Act on the stable of Glitz. I feel privileged and excited with the Mimicko-Glitz partnership especially as it allows me to expand frontiers. I can now focus more on the creativity and innovation while Glitz takes care of the entire business side”.

Details of the agreement includes that Glitz will manage the artiste grooming, product/content development, marketing/sponsorship management amongst others.

Adetola Juyitan further, stated that Mimicko will be managed by a team of trained Artiste Management consultants. We know the entertainment industry requires a lot of innovation; we at Glitz Entertainment and Promotions Company are not just thinking in that direction, we will do our bit to add to supporting the industry and we are starting this by providing the platform and required resources”.

To mark the beginning of the working relationship, Glitz has announced the launch of “The Diary of Mimicko” a bi-annual comedy show. The first edition which will hold in August is dedicated to the memory of one of the most outstanding Nollywood comic veterans; Sam Loco-Efe.
According to Anton Mitchual also known as Mimicko “The Diary of Mimicko” was born out of the need to celebrate veterans in the entertainment industry. For a start, Sam-Loco was a great actor and mentor to many in Nollywood”.

During the show, several hilarious Sam Loco-Efe’s characters in different movies will be shown on the big screen and then acted live on stage. There will also be exciting performances from other top Nigerian Music and Comedy Veterans. 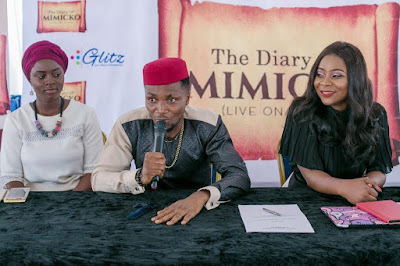 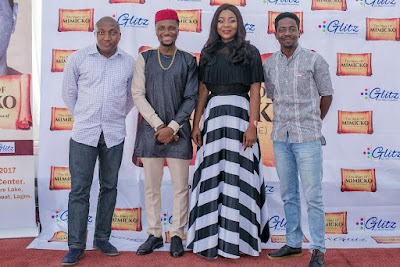 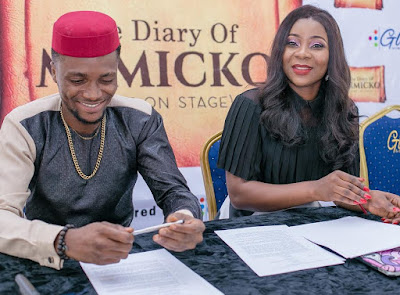 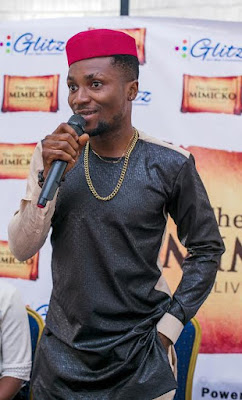