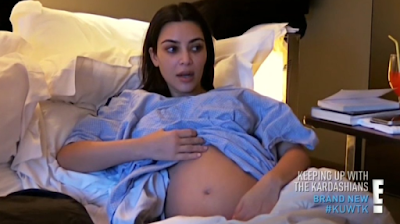 Kim Kardashian has been desperately trying to have a third baby, even to the extent of defying doctor’s advice that her body can no longer carry another child. The mother-of-two decided to undergo surgery to mend the holes in her urethra so as to enable her carry another child but it was unsuccessful. Now she plans to use a surrogate, but that’s allegedly causing a disagreement between her and Kanye.

According to RadarOnline, Kanye and Kim can’t seem to agree on any of the details of their baby deal. They had hoped baby number 3 would save their marriage but this recent disagreement is doing the opposite by causing a strain in their relationship.

“Kim is pressing the issue more than ever now and thinks that another kid will save their marriage, but she and Kanye can’t agree on anything involved in this process,” A Kardashian family insider, allegedly told RadarOnline.

“They are really trying to figure out what type of contract their choice for surrogate will sign, but Kim has made it clear that she will pretty much pay anything for another baby. In addition to offering their surrogate a six-figure deal, they will also make sure she has full security and benefits and that she is spoiled and pampered the entire time!”

Kim was diagnosed with placenta accreta during the births of her daughter and son and this condition left behind perforations in her urethra, thereby making another pregnancy difficult, if not impossible. She underwent a very painful surgery recently to repair the holes but she experienced intense bladder complications that made it impossible for her to pee on her own so she had to walk about with a urine drainage bag. She was even seen wearing it in a recent episode of KUWTK 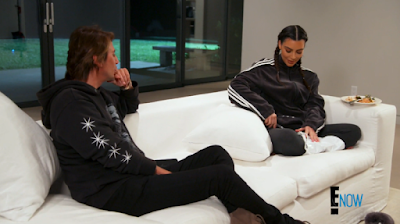 “What are you doing?” Kardashian’s best friend, Jonathan Cheban, had asked when he saw the bag. “Why do you have a tail sticking out of your vagina?”
To which Kim replied: “It’s a legitimate pee bag.”
The 36-year-old also groaned about the pain she was experiencing and how it had changed her body.

“My stomach looks like I am five months pregnant. It is so painful,” she complained.

“You’re going through an awful lot of trauma to your body and emotional stress and I’m just not sure if it’s worth it,” her mother, Kris Jenner, advised.

Following her mother’s advice, Kim has now made up her mind to use a surrogate, but whether she and Kanye will finally arrive at an agreement is left to be seen.
(1) NEW SEX REQUEST We Have been Notified That There is (1) Female Near Your Location that is looking for quick sex only If you are available immediately PLEASE CLICK HERE TO REVEAL HER CONTACT INFORMATION AT NO COST TO YOU This is a free message provided courtesy of this site