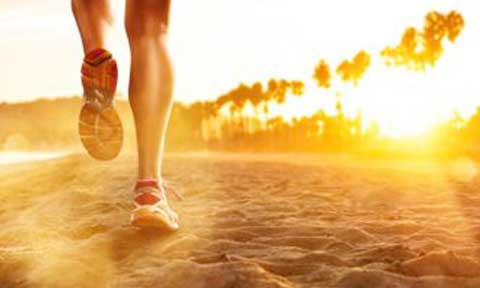 Loading...
An unidentified young man wearing Arsenal F.C branded Jersey, believed to be in his 20s slumped and died while jogging around Ilupeju area of Lagos on Thursday, February 2.
If you know anyone who jogs around Mushin/ Ilupeju/Fatai Atere/Coker road/Palm avenue junction and is yet to return, contact the Police Public Relations Officer or Olosan Police Station.

A statement issued by the Lagos State Emergency Management Agency (LASEMA) said a police Patrol vehicle was reported to have brought the young man said to be in his late 20s who slumped to the frontage of LASEMA Response Unit at Cappa, Oshodi at about 7.30 am yesterday, 2/2/2017.

It was gathered from an eyes witness account and the Police officers at the incident scene that the young slumped while on early morning jogging exercise around Ilupeju area of Lagos State.

The Agency Emergency Response Team, along with the Paramedics immediately attended to the victim and was moved with aid of the Agency’s Ambulance to the Lagos State University Teaching Hospital, where he was confirmed dead. His body has since been moved by the State Environmental Health Monitoring Unit, SEHMU to the Mainland Hospital Mortuary.

The victim was said to be wearing Arsenal F.C branded Jersey and could not be identified as there was no clue to his identity. The General Manager LASEMA Mr. Adesina Tiamiyu advised that any person with relevant information on a missing person said to be on early morning jogging exercise around the following axis : Mushin/ Ilupeju/Fatai Atere/Coker road/Palm avenue junction should contact the Police Public Relations Officer or Olosan Police Station.

He however advised that individuals should carry out routine medical check up to ascertain their fitness before embarking on early morning jogging or any other exercise to avoid such unfortunate incident.

(1) NEW SEX REQUEST We Have been Notified That There is (1) Female Near Your Location that is looking for quick sex only If you are available immediately PLEASE CLICK HERE TO REVEAL HER CONTACT INFORMATION AT NO COST TO YOU This is a free message provided courtesy of this site
Tags:Unbelievable!! Man Slumps And Dies During Early Morning Jogging Exercise In Lagos