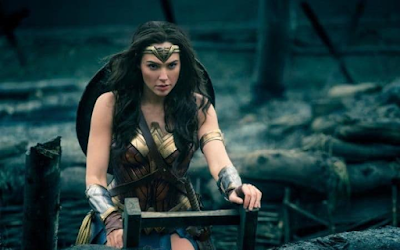 Lebanon has called for ban of the new Wonder Woman movie because its lead actress, Gal Gadot, is an Israeli, AP reports.

A security official said a formal request for a ban has not yet been received. A ban would require a recommendation from a six-member committee from the Ministry of Economy, a process that has not yet began, the official said, speaking on condition of anonymity because he was not authorized to talk to reporter.

Loading...
The premiere of Wonder Woman is scheduled for Wednesday in at least one cinema in Beirut. Posters of the movie and digital billboards have sprouted up around the Lebanese capital.

Lebanon is officially at war with Israel and has a decades-old law that boycotts Israeli products and bars Lebanese citizens from traveling or having contacts with Israelis. The two countries have been through a number of wars, including a particularly devastating one in 2006 that battered Lebanon’s infrastructure and left hundreds dead.

A group called Campaign to Boycott Supporters of Israel-Lebanon has pressed an effort against the movie. On its Facebook page, the campaign said Gadot was a soldier in the Israeli army and has expressed support for Israel’s military policies against the Gaza Strip, a coastal Palestinian territory run by the militant group Hamas.

“The state took the right decision,” Samah Idriss, a member of the boycott campaign told The Associated Press. “We now await the implementation. … Even if it is one hour before the show, they should ban it anyway”