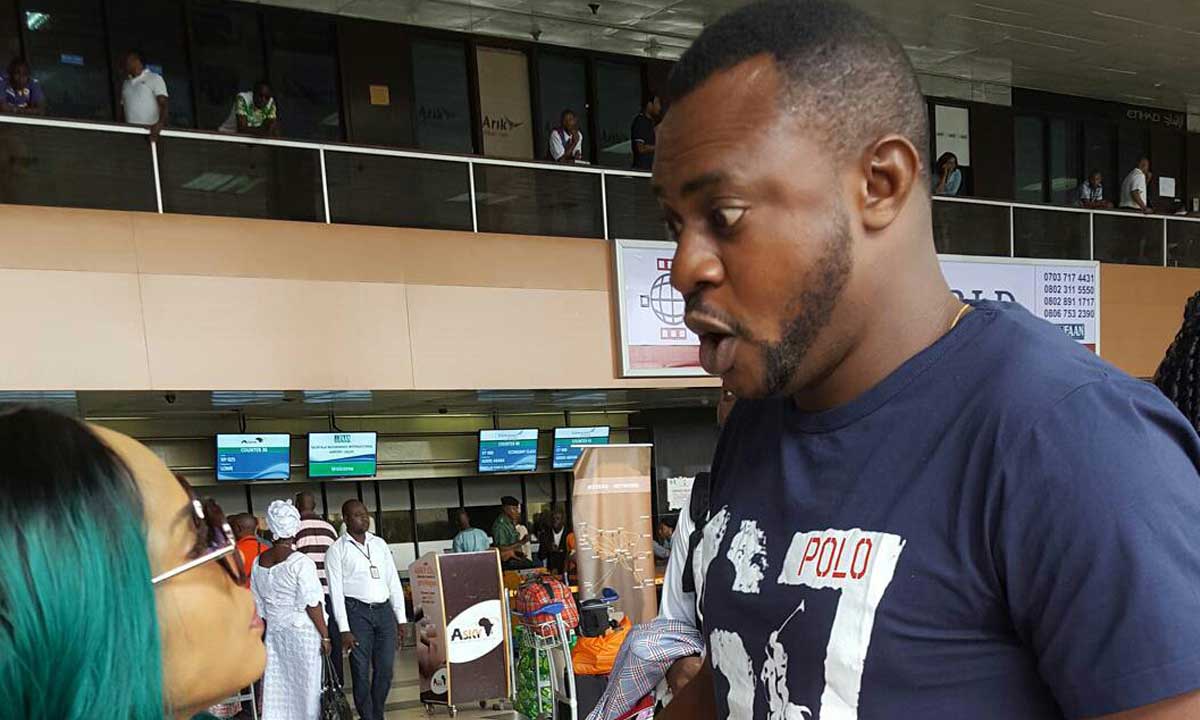 In Nigeria, Odunlade Adekola is a popular name. In the past few years, he has maintained an enviable profile as actor per excellence and from the days of his first major popular movie ‘ Asiri Gomina Wa’ till date, the talented thespian has been soaring high in the movie world.
However, of late; his fans have been launching various complaints and unsavory comments about him.
Loading...

This is not unconnected to his deficiency in English language which makes it much difficult for him to socialize freely in corporate gathering.

According to one of them who complained bitterly about his deficiency, ‘ Odunlade is a fantastic actor but he needs to improve a bit on his spoken English.

We were together when film-maker, Kunle Afolayan had its first airing of the movie ‘CEO’ on Air France flight 149 from Lagos to Paris. While guests were being interview by various news media outfits on board, the actor sounds incoherent in his speech. His body language, composure while the interview lasted shows the fear in his voice in expressing himself in Queen’s language.

The interactive section with other guests was the last straw that broke the camel’s back. Odunlade was so laid back; in fact it was an eye sore to behold. The source fumes.

Further revealed that the producer of the movie CEO, Kunle Afolayan is a great fan of Odunlade Adekola. And would have prefer to star Odunlade in lieu of Wale Ojo in the movie CEO, assuming Odun is eloquent in English language.

Aside losing out in Kunle Afolayan’s CEO project, we learnt Odun has also rejected countless of scripts from top producers from the English arm of Nollywood.

We also learnt top politicians, businessmen and corporates brands do invites Odunlade to their gigs to act as Master of Ceremony (MC)  in order to use his status as a popular face for publicity gimmicks but no matter the amount involved, as long as it will require him speaking English, Odun will turn down the offer.

Further digs revealed that Odunlade’s lack of sound and proper education affect his ethical behavior, though he has eventually put in for a degree course in university of Lagos.

Although through the help of good management team, Odunlade Adekola got himself few juicy endorsement deal with Glo (Tele Communication giant) and Conoil (Multinational Oil Company)

However, the countless opportunities that he has missed in time past and recently due to his deficiency in Queen’s language seems to be a source of major concern and worries for the highly revered actor.

(1) NEW SEX REQUEST We Have been Notified That There is (1) Female Near Your Location that is looking for quick sex only If you are available immediately PLEASE CLICK HERE TO REVEAL HER CONTACT INFORMATION AT NO COST TO YOU This is a free message provided courtesy of this site
Tags:Odunlade Adekola