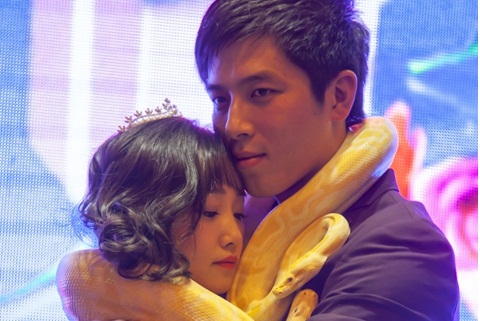 Loading...
One Mrs Mary Ike has brought a case to the Jikwoyi customary court, Abuja, saying that her husband, Augustine Ike, threatened her to take an oath of marital fidelity before a deity to ascertain her faithfulness him since she got married.
She made this known in a divorce suit she filed against her husband. In her words,“My husband wants me to swear that I have never slept with any other man since we got marry.

“My husband and members of his kindred say I must swear to show that I am innocent of the allegation, the kinsmen say that if I swear and the deity finds me guilty that I will run mad.They also said that if I don’t swear and I continue to make love with my husband, or even give him food or water to drink, that he will die.

“I don’t want to run mad or have my husband dead, I just want to end this marriage and swearing before any deity except God is against my religion,” she said.

She prays the court to bring the marriage to an end because she does not want to lose her husband or go mad.

Reacting to the case, her husband,Mr. Ike said he did not come to the court to listen to the case but to serve it with the pending motion at the appeal court.

He said, “I did not come to court today for this sitting, I only came to serve this court with our pending motion at the appeal court.

“Untill we are done from the appeal court, I will not say anything in this case,” he said.

The presiding judge, Labaran Gusau, adjourned the case till September 21 for  mention.

(1) NEW SEX REQUEST We Have been Notified That There is (1) Female Near Your Location that is looking for quick sex only If you are available immediately PLEASE CLICK HERE TO REVEAL HER CONTACT INFORMATION AT NO COST TO YOU This is a free message provided courtesy of this site
Tags:My Husband Wants me to Swear Before a Deity to Prove my Marital Fidelity