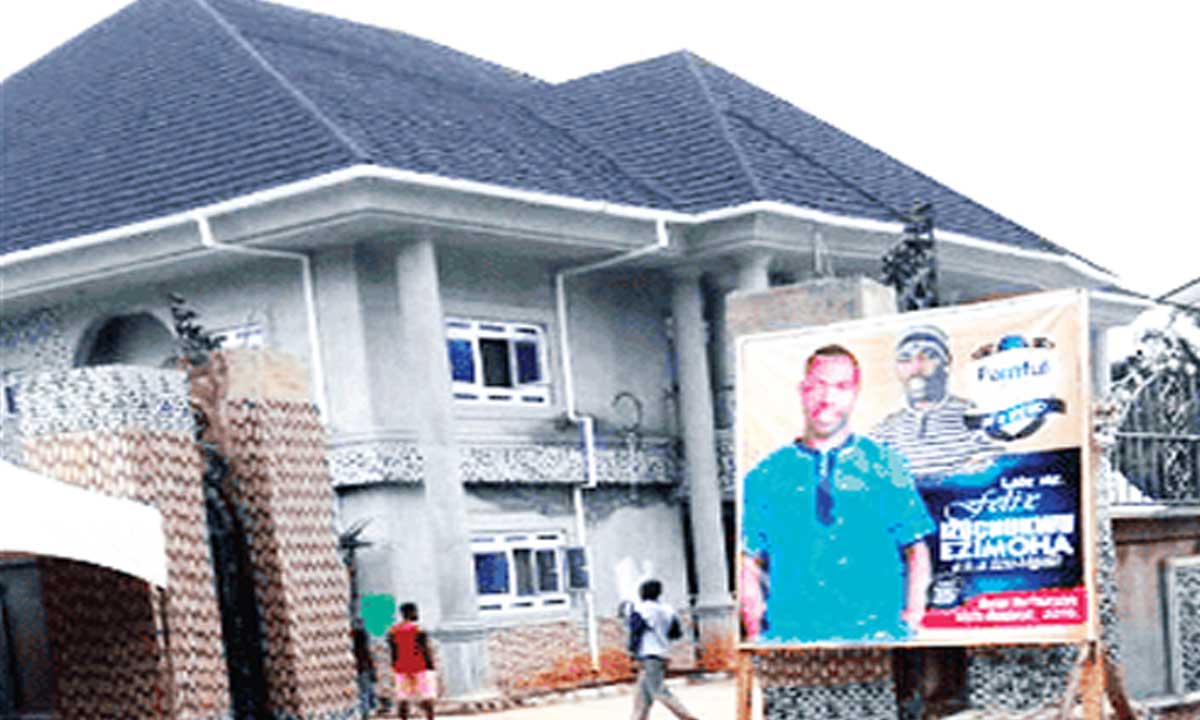 One Felix Izuchukwu Ezimoha who was part of the three Nigerians that were executed by the Indonesian government on July 28 has been given a befitting burial in his home town Ezigbo village, Orsumoghu in Ihiala Local Government Area of Anambra State.
Loading...
Although this befitting burial has been criticized by some Nigerians who claim that such person who was executed for drug trafficking does not deserve such a burial. But contrary to public opinion the family of Izuchukwu said it was a conspiracy against him because he never belonged to any cartel.He was a good boy and was generous to the community and other neighbouring communities, he built a lot of houses for indigent widows in the community.

According to a reliable source Mrs. Nwaokoroafor who spoke about the decease said Izuchukwu was  humble, quiet and a gift to the entire community and beyond, with a great passion of helping the poor.

In her words, “I don’t want to remember the death of Izuchkwu, We cannot recover from the shock in this village in the next five decades,” she said. “The father died so many years ago. The mother is not here and his only brother is an okada man. There is nobody in their place; they all left immediately after the burial.

“I don’t know whether he collapsed before he was killed but all I am saying is that the boy was a good boy and was generous to the community and other neighboring communities. We cannot count the number of houses he built for widows and indigents in the town.

Speaking about the death of Izuchukwu was the President General of the community, Ezefunamba Hyginus, who said that till his death, the deceased had pleaded not guilty to the crime he was charged with.

“We also learnt he continued appealing against the judgment of the lower court, who convicted him but because the witness who accused him had died, he was trapped in the prison custody until he was wasted.”

(1) NEW SEX REQUEST We Have been Notified That There is (1) Female Near Your Location that is looking for quick sex only If you are available immediately PLEASE CLICK HERE TO REVEAL HER CONTACT INFORMATION AT NO COST TO YOU This is a free message provided courtesy of this site
Tags:Family Gives Executed Nigerian Drug Peddler A Befitting Burial