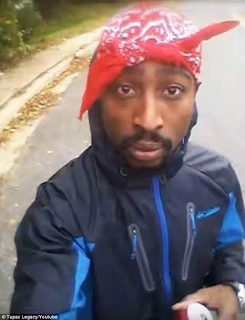 Remember, popular American rapper, Tupac who was gunned down in Las Vegas 1996 at the age of 25 but conspiracy theories surround his demise and rumours abound that he is alive.
Loading... 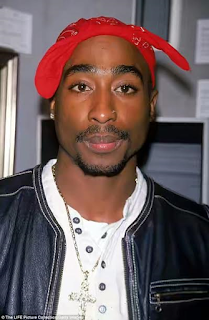 The latest ‘proof’ that the rapper is not dead is a selfie included in a YouTube video allegedly showing Tupac – or a man who looks similar to him. Subtitles in the video allege the picture was taken in in 2015 on a phone ‘made in 2011’. 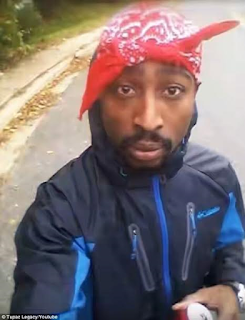 The clip has been watched more than 1.4 million times.

Suge Knight, the former CEO of Death Row Records who was with Tupac on the night of the shooting added fuel to the fire in 2012 when he hinted the rapper may be alive, he said he never saw the body.

‘Maybe the question is, Pac’s not really dead. Pac’s somewhere else,’ he said during a radio interview.

Other ‘new’ pictures of the rapper have emerged in the past, however they have been proven to be of other people or edited.

(1) NEW SEX REQUEST We Have been Notified That There is (1) Female Near Your Location that is looking for quick sex only If you are available immediately PLEASE CLICK HERE TO REVEAL HER CONTACT INFORMATION AT NO COST TO YOU This is a free message provided courtesy of this site
Tags:Tupac