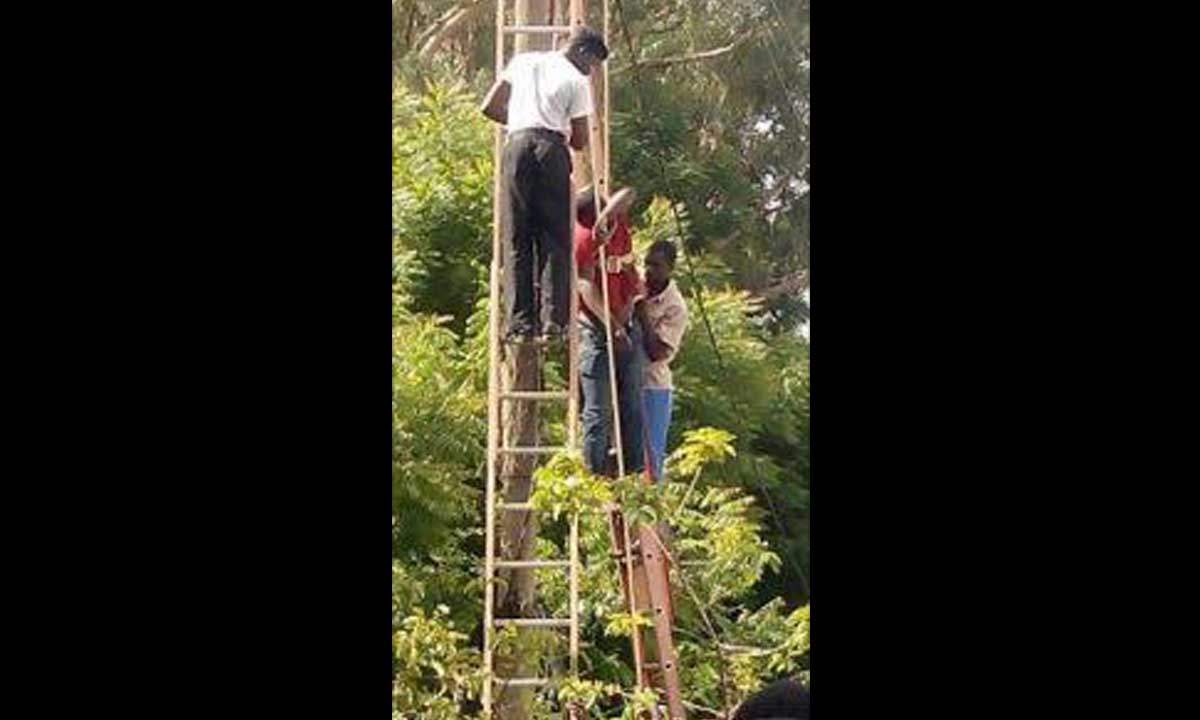 There have always been warnings for those working in the electrical sector to always take necessary measure before getting near anything electricity.

The necessity of PHCN workers putting on their cloves before climbing an electric pole has been acknowledged by only few.

In the early hours of today, a 37 year old man, Hussaini USman met his end through electrocution after he mounted on an electric pole to disconnect an electricity cable.

The unfortunate accident happened when his head made contact with a high tension power line at the federal college of education in Kano.

Thereafter, he was taken to a nearby hospital, Murtala Muhammad Specialist Hospital where he was announced dead.

(1) NEW SEX REQUEST We Have been Notified That There is (1) Female Near Your Location that is looking for quick sex only If you are available immediately PLEASE CLICK HERE TO REVEAL HER CONTACT INFORMATION AT NO COST TO YOU This is a free message provided courtesy of this site
Tags:PHCN Official Electrocuted While On Duty