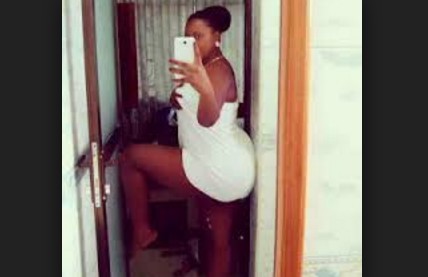 Once ladies are above the 20s, most become prey as they would’ve worked and made some cash…
The news of Ope’s scheduled wedding was a much welcomed one. At 31, she’d crossed over the conventional marriage age for young women and gradually hitting the single and searching category. As big aunts, many of us were already curious about her status and never failed to ask about the ‘bobo’ whenever the opportunity provided itself.

So, when we got the text message, inviting us to the Introduction Ceremony, I was elated. Ope’s day of glory was already a bit overdue, so it called for great thanksgiving and I was sure that her mother, a Lagos socialite by every standards will leave no stones unturned to make the ceremonies beautiful.

But the reaction I got when I placed a call to her
to congratulate her and find out details for the wedding took me off guard. It was not the type of reaction I had expected to get from her bubbly mum. At the end of her short speech, my spirit sank too. And though she did not give full details of why the ceremony must be a small and quiet one, I knew it was not for lack of funds, because there was no gain saying that she would make more money from the wedding than she would spend putting up the grand and fabulous show.

Some people are that blessed by the rot (corruption) of the Nigerian society and Ope’s mum is one of them. So, what could the matter be? I was not the only curious one but since we all could not come up with a reasonable excuse for such a decision, we decided that our questions can only be answered after the Introduction ceremony.

And boy, did we get answers?
The Introduction turned out a mini wedding held in their compound. All the wedding rituals including cake cutting, exchange of rings as well as the traditional wedding gifts were performed. Why the hush-hush? That Ope was conspicuously pregnant was not enough reason for this hurried packaging and shooing off like an outcast!

However, a look at the groom and those who accompanied him as family and friends was enough to tell anyone that all was not well. It was a case of ‘na only you waka come?’ as one could count the number of his team on the finger tips and still have a few left.

He neither had a father or mother, nor anyone who could stand in as representative of the family. He only had two guys later identified as his friends. Every time someone from his side of the family needed to talk, it was done by one of his friends accompanied by a group of Ope’s friends. At the end of the ceremony, many of us left feeling disgusted by the show of shame. Why didn’t she just pack into his house? It would have been better than this ke!

Right there, rumours began making rounds, providing answers, correct or fabricated, to the questions on everyone’s lips. The guy was not exactly single but available. Ope would be wife or woman number three. His first wife lives in Ibadan with their two children. But he also had another woman in Abuja who had a child for him while he was working there. He did not marry the woman. He met Ope through a mutual friend and offered her marriage.

Is Ope too old to get a clean and decent guy at 31? I had thought of her as a very intelligent and focused girl. With a good second degree and job, she had good life ahead of her. I never knew she could fall for such a scam. For it was clear to me that this marriage was a scam. These sort of guys are all over the place, scamming young women off their money and robbing them of opportunities to lead decent, respectable and happy lives. Many of these guys present themselves as semi single guys who have had raw deals in the hands of their spouses.

They cook up some spurious stories about their wives and how the women have betrayed them one way or another, or how the women have failed to live up to expectations as wives and mothers. Sometimes, the stories could be about their in-laws and how they have prevented them from living in harmony with their so called estranged wife. And because they live alone and are answerable to no one about their movement, their preys (the new women and victims) fall flat for these stories and begin to see themselves as the right people to fill the gaps in these men’s lives.

I have even heard of stories of how some guys have lured women out of their comfort zones, including marriages, into these traps by making them believe that they have some special gifts that could turn the life of these women around for the better just by being in their company. (sho!)

The more you look, the less you see, they say. In the same vein, the longer you stay in the company of these men, the less reasonable and rational you become in your judgement. Some of them sometimes descend as low as stage managing events to confuse and convince their victims. If you look hard enough, you will discover the fine details and pattern in most of these relationships. The bottom line is money! Many of these guys are not as comfortable as they present themselves to be.

They are seeking to add to their fortunes by exploring their manhood and manliness, and they know what we the women want. In most cases, money will exchange hands in the course of the relationships. The women will give off their money under the guise that they are helping to boost his business, or provide the platform for him to make more money. When he is done, he moves on to his next victim who is richer or better positioned to get him what he desires next. Thereby leaving a trail of emotionally traumatised and semi single women after them, each, clutching a child or two in their bosoms as gain for their investments.

I have come to the conclusion that all women are gullible when it comes to relationships with the opposite s*x and at some point in our lives we exhibit this gullibility. How low a woman falls will however be determined by the circumstances surrounding the relationship. That is why even the best of ‘Stanford Wives’ will fall for their juniors, handymen, staff and helps. If this were not so, many of the women who fall for these type of guys would not even be seen in their company not to talk of having intimate relationships with them.

These are women with credible and tangible sources of livelihood and can hold their own even amongst men. But the truth is that every woman wants to be told that she is beautiful and an asset to a man. Every woman, no matter how highly placed, intelligent or rich, longs for a man and nest of her own. How they go about getting them is what defines them as virtuous women of integrity.

I am not against polygamy. For it is shrouded in hypocrisy in our Nigerian society. Each man to his own cross and God for us all. Let no man cast aspersions and stones at another. However, what is being practiced here is not polygamy but immorality that is debasing the virtues of family life and parenthood. What this lifestyle is creating is a chain of young women who are neither married nor single and are being forced to raise their children alone, (double wahala for deadi body ala Fela Anikulapo Kuti) while these men continue to enjoy their lives.

We women must learn to shine our eyes at all times, especially when guys come crawling with crazy distress SOS stories and a disjointed lifestyle.

After three years of marital life plagued with acute infidelity syndrome and a chain of failed joint ventures that gulped millions of Naira, including some she borrowed from her mother, Ope’s ‘fine boy’ hubby bolted with another woman leaving Ope in the love nest they shared with her two children.

She lost it when he reportedly told her to leave him alone and tend to her children like every normal woman he knows would do. He was said to have asked her to truly examine her life if indeed she lost anything from their brief relationship, rather than gain.

After all, he gave her marriage, a name and two children! Had he not taken pity on her, she would probably still be single and childless at 35! (Chai!!) To make matters worse, Ope recently found out that her ‘fine boy’ despite shacking up with another woman is still very much in touch with his first wife.

Ladies, please we need to learn not to believe all the sweet talk and pictures of guys traveling or chilling that they use to deceive us. When the chips are down, you will be all alone. Look well before anything.

– The woman (names withheld) who wrote this piece is very angry. I agree ladies should learn from this.

(1) NEW SEX REQUEST We Have been Notified That There is (1) Female Near Your Location that is looking for quick sex only If you are available immediately PLEASE CLICK HERE TO REVEAL HER CONTACT INFORMATION AT NO COST TO YOU This is a free message provided courtesy of this site
Tags:See What Men Do To Big Ladies: Enjoy Your Body & Your Money