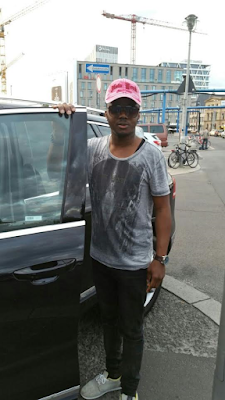 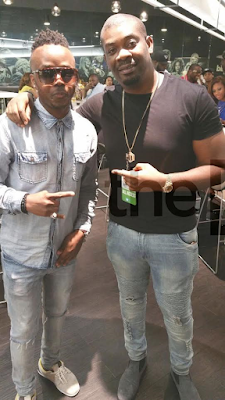 Well, a Nigerian showbiz promoter resident in Germany witnessed and filmed it all.

His name is Olukayode Olukolade Akinsika famously known as Mims Rosé; a Nigerian born show promoter based in Germany. Born and brought up in Lagos, Nigeria, Mims Rose is a father of one and CEO of Mims Rosé Entertainment International Limited with a stronghold in Germany and England.

In his very active and successful career, he holds the bragging right as the first Nigerian to take award winning pop star, Wizkid to Germany for an event that got him the 2016 Afrobeat Music Awards Germany nomination for Best Event/ Concert.

Asked if he’s ever had the support of sponsorship of any government, Mims Rose says, ‘I’ve never had any government support and never had a sponsor or partner in all I’ve done in the past. Its all totally done by me. And so far I have invested over half a million dollar in the entertainment business in Germany promoting Nigerian musicians like wizkid, Davido, as well as American stars like Mario Winans, Jholiday, Jadakiss, Styles P’.

On his future plans, he says, ‘the ultimate plan is to make Mims Rosé Entertainment a platform that helps bring out alot of talents in the West, showcase them to the world and use part of the proceeds to help the needy through philanthropic work to people in Africa, Asia and South America. Germany is the Biggest Economy in Europe, and when it comes to Entertainment, after the United Kingdom the rest of Europe look up to Germany due to its Large Economy’.

Mims Rose also extends an open invitation to Paul Okoye of Upfront Bookings to bring the ‘One Africa Muic Festival to Germany.

In his words, ‘nothing stops me from organizing a concert as big as the One Africa Music Fest by Paul Okoye, I like his drive and passion for entertainment and I believe we would be able to work together on a similar project in Germany because I am ready to personally bankroll the entire event if I see the figures clearly calculated. And guess what, I am not trying to sound arrogant but no one has done my type of events in Germany as we speak’.