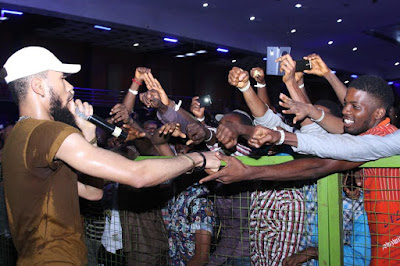 It was “operation Seven Seven” as the grandmasters of data, Globacom, on Saturday assembled seven of Nigeria’s most celebrated music icons to unleash seven hours of zestful music on the residents of Owerri, the capital of Imo State.
Compered by the duo of West Africa’s movie divas, Juliet Ibrahim from Ghana and Mercy Johnson Okojie of the famous Nollywood, the Owerri edition of the show, was a class act.

‘If you Ask me’ crooner, Omawumi and her salsa savvy band opened the floodgate of entertainment for the night as she reeled out tracks after tracks from her inexhaustible repertoire of music.

She was followed by the Queen of Afropop, Yemi Alade, announced her presence on the stage with her hit track, Charlie  and by the time she moved from Tangerine and Pose, to  Kissing, Ferrari and Taking over me, the expansive hall was in a frenzy.

Runtown was the next act of the night and the master of dance hall proved that he is indeed a master of the stage.  The dandy artiste got the entire crowd on its feet throughout his nerve-sapping performance of is hits like ‘Mad over You and Gallardo

Igbo ethno-rapper and songsmith, Phyno was who two weeks ago joined the league of Brand Ambassadors of Globacom was next. The Fada Fada originator, held the crowd spellbound with his hit tracks. A member of the audience simply identified as Gift, went into frenzy on sighting the fair-complexioned music star and passed out. When she regained her consciousness, she kept screaming that she wanted to see Phyno. The iconic musician took selfies with her after his performance.

While the momentum kept growing, Globacom dropped Flavour Nabania on the crowd and the excitement knew no limit. Flavour spared no efforts at showing why he remains the lady’s man. The light-skinned and dreadlocked artiste wowed the crowd with various melodious songs from  Professor Johnbull to Golibe, Baby Oku and numerous others.

Then came the King of the Streets, Olamide, who took the show to its crescendo.  The crowd lost count of the number of hit tracks Olamide dropped in quick succession. Among the hit songs the Shakiti Bobo rapper rendered were  Shoki, Pepper Dem Gang and Don’t Stop.  Interestingly too, like it happened penultimate week in Awka, the young music buffs from the South East sang all the tracks enthusiastically along with him.

The duo of Peter and Paul Okoye, the inimitable twins of PSquare fame closed the night of fun with a 5 star performance. For close to one hour, PSquare displayed why they remain relevant even after 19 years of magic in the nation’s entertainment sphere. The pair kept the massive crowd on their feet with tracks like Busybody, Personally and the recent Bank Alert ­hit to end their performance a few minutes before 2am on Sunday.

The show, the Glo Mega Music Nationwide Tour was held at the International Conference Centre, ICC, Owerri and was attended by top government functionaries, members of the paramilitary forces, business tycoons in the city and environs and other socialites, who savoured raw entertainment supplied by world-class artistes and celebrities. The trio of Angela Okorie, a new generation of Nollywood stars;  the matriarch of Nollywood, Patience Ozokwor (Mama G) and the ageless Baby Boy of Nollywood, Richard Mofe-Damijo, RMD were the guest celebrities at the event.

Ikechukwu Obioma, a student of the Federal University of Owerri, FUTO, summed up his experience at the show by saying “only Globacom could have done this; they don’t disappoint”, just as Ifunaya Odabara, a self-employed graduate of Economics from Imo State university, Owerri said: “I am used to this type of show from Glo. I was here two years ago when Glo had a show like this but I can say that this night is just too much”.

The next stop for the Glo Mega Music Nationwide Tour is Asaba, Delta State, where fun seekers in the city will be treated to another dose of complete entertainment at the Event Centre on Saturday, April 29.

Glo subscribers and others wishing to attend the Asaba edition of the show are enjoined to buy Glo SIM cards, activate and load N2,000 on the SIM.  Similarly, existing subscribers are expected to use up to N2,000 within one month and text MUSIC and preferred location to short code 207 such as “MUSIC Asaba” to 2017. 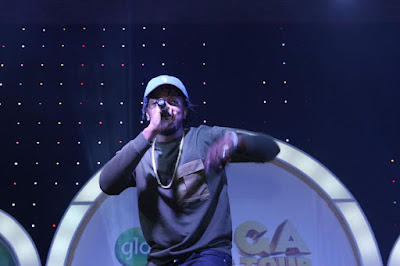 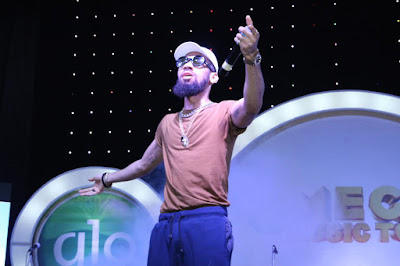 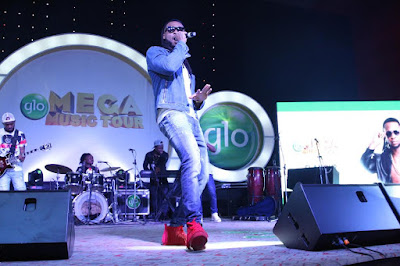 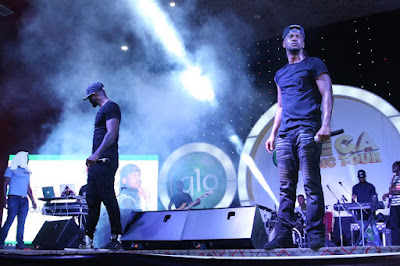 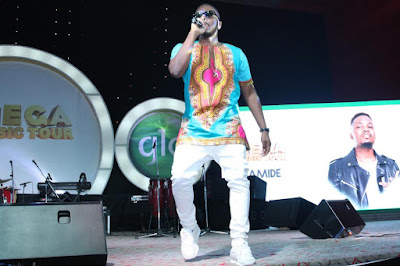 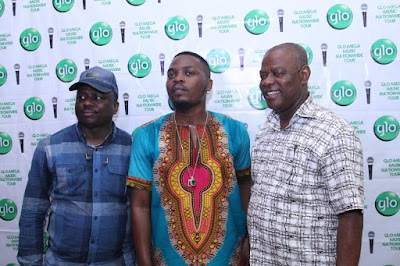 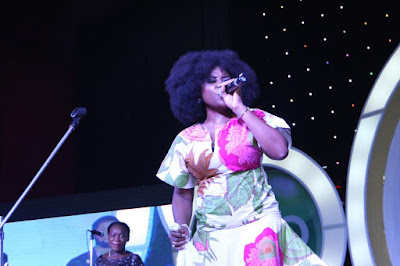 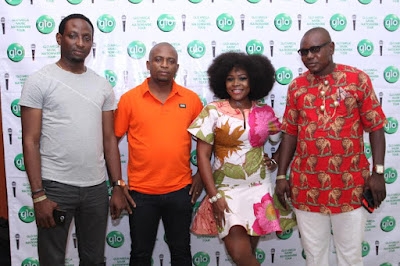 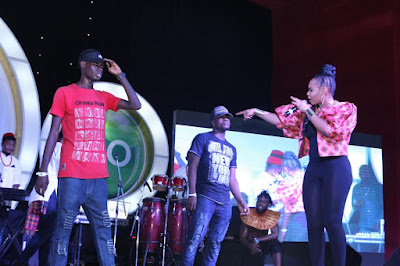 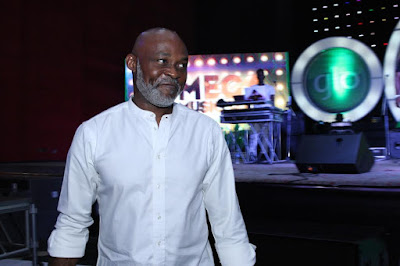 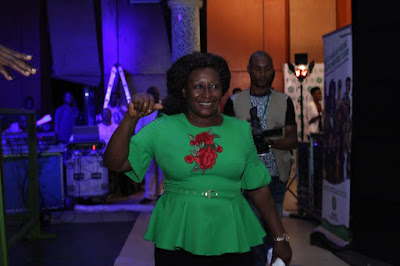 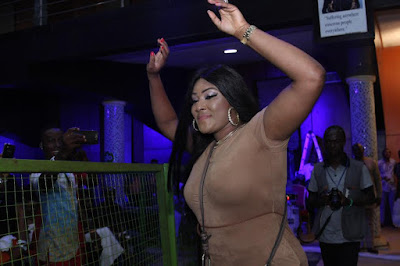