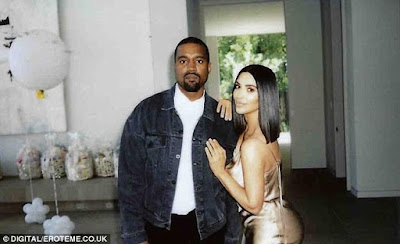 Kim Kardashian and Kanye West have reportedly flown to the Bahamas with their kids ahead of the rapper’s 40th birthday which is on Thursday. Rumour has it that the birthday celebration will be held over the weekend in a huge luxury villa which they rented out.

His wife, children, and some close friends are expected to be present. A source close to the West family told E! that the family will be celebrating in a big way and have already shipped in cases of tequila for the party.

“They rented out a huge luxurious amazing villa,” the source said. “They have had cases of Casamigos flown in and are drinking by their private pool. The kids all have their own play area and they all look like they are having a great time.”

“Kanye wanted to plan this vacation for their family as it’s been awhile since they have taken a vacation together as a whole. Kim really needed time to relax and wants to spend quality time with Kanye and he is going out of his way to make it special.” 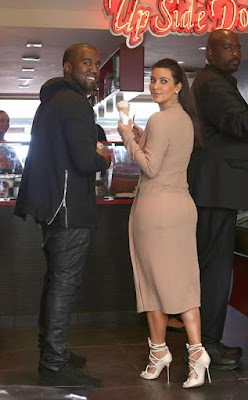 “Kanye and Kim are on a good path. They have been really working on their marriage and their overall daily lifestyle with incorporating each other in it during crazy and busy times. Their kids have been the stick that has kept them together in hard times. Kanye and Kim both been through a lot but they have both got help and counselling on their own and with each other.”