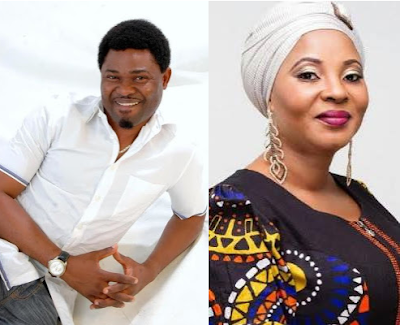 The remains of late Moji Olaiya will be flown back to Nigeria for a befitting burial after APC Chieftain, Bola Tinubu, assisted with the required funds. This was revealed by the committee in charge of Olaiya’s burial, who also stated that Ekiti Governor, Ayo Fayose, dismissed their request even though the Late actress was an indegene and Cultural Ambassador of his state.

Yoruba actor, Yomi Fash-Lanso has now reacted to criticism against Fayose, standing up in his defense. In a post on social media, he wrote;

“Late Moji Olaiya (May God rest your soul). That the Jagaban came to the rescue of the family is not news. That is trademark Jagaban. Long before he became governor, his large heart is a known fact, and for good causes. So here, he has done nothing outside of his person. In same regard, it is wrong to label the governor of Ekiti state for not doing. His aide said no official request came in, so on what basis is he being pilloried? Meanwhile, what is condemnable here is the entitlement attitude of the committee and perhaps of very many sympathisers which is not only regrettable but unfortunate. Moji’s memory does not deserve this. What should be the norm? What should be the attitude of Nollywood to the rot in our system that has ensured several members and as a matter of fact, several Nigerians die daily for ailments that are manageable and for deaths that are preventable?

“Anyone using the occasion of the largesse of the Jagaban to create an unnecessary divisive and patronising narrative needs his or her head examined for not only being mischievous but outrightly missing the point. If Nollywood is not aware, it should be told that their members are entitled to nothing extra beyond what every other Nigerians are entitled to, and really they have not served the memory of Moji well. If they would serve her memory well, is it not time to realise that Moji or any other Nigerian has no business going to Canada or elsewhere to deliver if similar faith exist in our own healthcare system? That unlike the Minister of Health said, no one will go abroad for treatment if the same treatment exist here in Nigeria. And rather than running to governors and political leaders for bailouts, the industry should rather use its vantage position to demand that things be put into shape in the country and be ashamed of their Almajari’s style of operation. That is what Moji would be happy and proud at, and that is the only way to be responsible. Other equally important members of their association have gone without this attention, without the needed help, and they should not wait for the next victim before acting. Importantly, the Jagaban should be concerned that he is funding a corpse home”