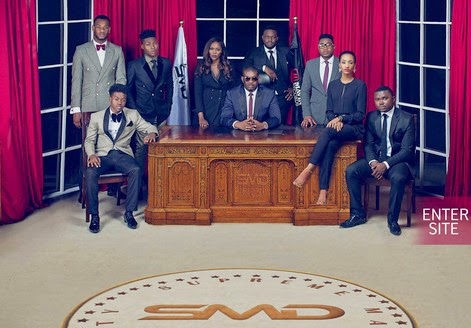 In a move set to rock the corporate and entertainment world, Don Jazzy and the Mavins look set to ‘port’ from MTN to Nigerian-owned telecommunications giant, Globacom.

Loading...
The audacious move comes just months before the contract of Nigeria’s foremost producer is due for renewal with MTN.
According to a source close to the negotiations, news of Don Jazzy’s availability came up just as Globacom was preparing offers to add Mavin’s rising musicians Di’Ja, Reekado Banks and Korede Bello to their fold of brand ambassadors.
The source added that not only is Glo eager to sign the young ones all at once, they are determined to break the bank by also offering a record-breaking deal to Don Jazzy.

The Mavin Records CEO, who currently has just two months to run on his MTN deal, recently broke the internet with news of his signing with online retail giant, Konga. He is considered an overlord of social media influencers and played an active role in creating awareness for the APC in the just concluded elections. 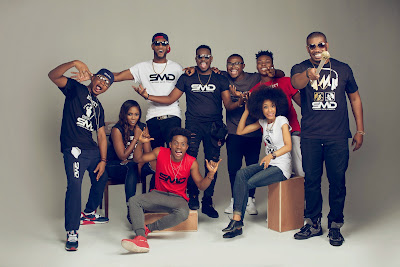 Although the other Mavin acts – Tiwa Savage, Dr. Sid, D’Prince – all have individual deals with MTN, any move to GLO by the head honcho would most likely result in a mass exodus which would hit the South African Telco hard.
The younger younger trio were signed to Mavin Records a year ago and have already planted their feet firmly in the Nigerian music industry, with hit solo songs and hit collaborations.
Sierra-Leonean-Nigerian Hadiza Blell (Di’Ja) is the sonorous voice behind the love song, Awww. Her music career started off with relative acclaim in Canada before she moved back to Nigeria in what has turned out to be a most lucrative decision: joining Mavin Records.
Korede Bello, consistently sets the hearts of his female fans racing with songs like African Prince and Cold Outside. He also has an endorsement deal with Woodin under his belt.
Reekado Banks, hailed by many for not just his good voice but his street cred, is best known for his song, Chop Am. The recent graduate of the University of Lagos is a favourite amongst young Nigerians.
All efforts to get a statement from Mavin Records PR proved abortive as they declined to comment.
(1) NEW SEX REQUEST We Have been Notified That There is (1) Female Near Your Location that is looking for quick sex only If you are available immediately PLEASE CLICK HERE TO REVEAL HER CONTACT INFORMATION AT NO COST TO YOU This is a free message provided courtesy of this site