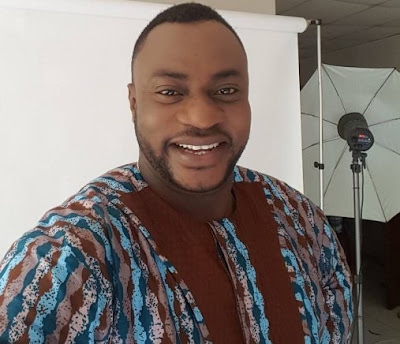 When people are lazy, the find a way to criticise the success of others…
Yoruba actor, Odunlade Adekola, is waxing stronger everyday and it seems some people are still amazed how he was able to get to this height.

Interestingly, not just a few feel he must have visited a ‘babalawo’ (native doctor), who would have performed some sacrifices for him, which automatically boosted Adekola’s career.

And indeed, the actor, in a chat with Saturday Beats recently, affirmed that some people actually have such perception about his success.

“Some people say that I used voodoo or metaphysical powers to be successful. I hear when they say such but I tell everyone that I can never do such. During the graduation of my students last year, I addressed this issue because it was during that time people were peddling rumours of my demise. When the rumour of my death hit town, some people said that I did ‘jazz’ to be successful. That was why during the graduation of my students last year, I said it in public that if I had ever thought of doing ‘jazz’ to succeed God should make me lose everything I had ever worked for.

“I hear these comments but they do not move me at all. I am a writer, director, producer and an actor. It is normal for people to talk but it has never upset me.”

The actor told Saturday Beats that he has always been a funny actor since the beginning of his career in church. He said although people loved his performances, he never thought of making it a career.

“I started acting in church when I was a kid. When I was in church, I was like Baba Suwe, whenever I mounted the stage, people would start laughing. A lot of people really loved me but I did not really have interest in acting.

“There was a friend of mine, Tunde, who also acted. He told an actor about me and the man asked to see me. When I got there, the man asked me to act for him and ever since then, I never stopped acting. I later joined the man’s acting group and that was how I started. This happened in 1996,” Adekola added.

Meanwhile, the actor recently added another feather to his cap as he received a prestigious award, Afro-Heritage Broadcasting and Entertainment Award, in the US. He said the award was given to him alongside other prominent Nigerians because of his contribution to the Nigerian movie industry.

“I bagged an award in Houston, Texas and I was given the award because of my role in the movie industry and all the things I have done to uplift the industry.”