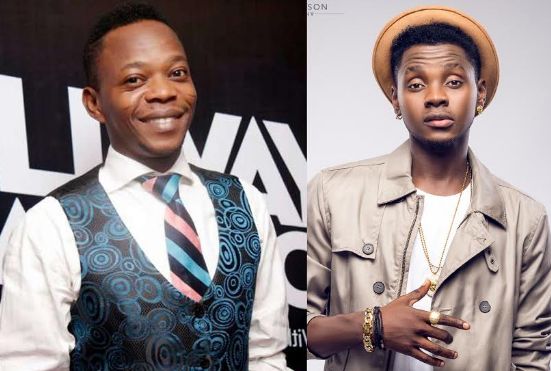 The open letter Comedian koffi wrote which was majorly directed at Kiss Daniel and some other artiste, is still generating ripples in the entertainment industry.

Koffi spoke exclusively to Saturday Beats on why he wrote the “hot” letter:
“In every vocation, there is a society that protects them. Vulcanizers, conductors, have associations that protect them. Entertainment associations do not protect entertainers. That is how businessmen entered Nollywood, started doling out money and they crumbled that sector. The same thing is happening to the music industry and that is why I shouted. These people bring their money into the business, find young boys to sign to their record labels, then they begin to dictate their career path.
Loading...
Tomorrow if Kiss Daniel does not make it, they would drop him and pick another person. By that time, he would have lost his fan base and interaction with people. Timaya knows how hard he fought to get his career back. J Martins is fighting to get his career back.

I know all these things and how they are struggling. When I talk, it is not because of beef but because I need to protect my industry. Kiss Daniel, Ycee, Adekunle Gold, are some of the intelligent people in the industry and we need to push them so that they don’t push them out and bring back the riff-raff. How would an artiste release an album and you did not allow him to go for a radio tour. You don’t allow him to mingle with people and when he is called for interviews, you say you don’t need it. When his career is going down, he would begin to beg. Soul E took his CDs to a radio station and the moment he stepped out, they threw it into the dust bin as big as Soul E was,” he said.

He described as laughable insinuations that his letter was to make him relevant in the industry. Koffi unapologetically added that if his letter did not sit well with anybody then, that is their business.

He said, “It is not an open letter but my comic truth. I write it and post it on my page every Wednesday. If it touches anybody, that is for their pocket. I am a writer who will write the right things and I don’t care what anybody says about it. If they do not see the truth in what I write, then they can as well go and start writing their own column about me. I would write what I see as I see it as a public commentator. It is called comic truth and if they could not see the humour and truth in what I wrote, then to hell with them. I am not their mate, so I can’t take issues with them.

“Am I not relevant? Who am I seeking relevance from? We need to school this unlearned generation and we have a lot of people in the digital space who are quite ignorant. My career has never been scandal based. Is it when I have scandal that I become relevant? It is a very pathetic situation that we have got ourselves into. Creativity is no longer celebrated. I don’t need relevance online and my clients don’t need me to be relevant on social media. I am not trying to be a brand ambassador so that when it ends, people would think my career is dead. I am a comedian and we are social commentators. This means that I would say things the way I see them.

” When I wrote about Buhari, why did he not come after me? When I wrote about Mark Zuckerberg they did not read it. It was when I wrote about Kiss Daniel that everybody became interested. It is the media that is making a scandal about it. I don’t like scandals but I don’t care. During the week I still spoke to Kiss Daniel’s management about a job in Abia next week. I don’t have any problem with anybody.”
(1) NEW SEX REQUEST We Have been Notified That There is (1) Female Near Your Location that is looking for quick sex only If you are available immediately PLEASE CLICK HERE TO REVEAL HER CONTACT INFORMATION AT NO COST TO YOU This is a free message provided courtesy of this site