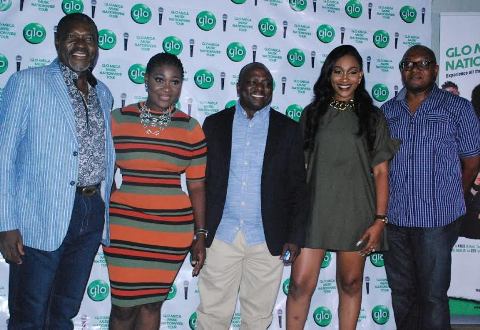 Foremost telecommunications company, Globacom, last Saturday held its Mega Music Nationwide Tour in Awka, Anambra State,  with multiple  waves of musical explosions that kept young residents of the prime Eastern city elated and energised.
The music concert held at the Marble Arch Event Centre paraded a galaxy of stars from the nation’s music and Nollywood industries. It proved to be a perfect Easter gift for fun seekers in the Anambra State capital and environs as they were treated to the best of music and dance.

Six A-list music stars including the darling of Marvin Records label, Di’ja, Afropop poster boy, Timaya, King of the Streets, Olamide, Nigeria’s fastest rising music superstar Runtown, Queens of Afropop, Yemi Alade and Omawumi, performed at the show and unleashed a kind of kinetic energy Awka has never seen before. The crowd responded in equal measure and released a corresponding zestful energy which kept the show bursting at the seams with a sensational feeling for over 6 hours. The show was anchored by two Nollywood top-rated actresses, Mercy Johnson Okojie and Ebube Nwagbo.

Legends in the nation’s movie industry  such as Patience Ozokwor, aka Mama G, Richard Mofe-Damijo, RMD, and the lead character in the TV Series, Professor Johnbull, Kanayo O. Kanayo, made celebrity appearances at the show to the delight of the crowd. They were complemented by the delectable actress, Angela Okorie,

Legends in the nation’s movie industry  such as Patience Ozokwor, aka Mama G, Richard Mofe-Damijo, RMD, and the lead character in the TV Series, Professor Johnbull, Kanayo O. Kanayo, made celebrity appearances at the show to the delight of the crowd. They were complemented by the delectable actress, Angela Okorie,

The show opened with dancing competitions, followed by performances by local artistes in Awka such as  Emiboizy, Titilaptop, Emkizzy, Tonero, Videch and Zyryes, who all showcased their talents to the admiration of their fans. Two Glo subscribers, who had already competed in the online engagement activity vide #glosing, Endless Pella Iyke and Chief Priest, also used the platform to demonstrate their talent.

Di’ja, who opened the night, was awesome as she moved from one hit track to another. She complemented her performance with the introduction of Thelma, an Igbo ethno-rapper, who proved that what Phyno can do, a woman can also do. She was an instant hit with the crowd.

The next act of the night was Omawumi and her band. The Itsekiri-born singer was simply indescribable as she performed her hit tracks; If you Ask Me, kokoma, What a Bang Bang, Bonsue, Somori and As I Dey.

RMD, who appeared on stage to educate the crowd about the Glo Café application, took time to mime Phyno’s Fada Fada track and dished out some dancing steps that sent the crowd wild in ecstacy.

The entrance of  the dance hall act, Runtown, took the show to an even higher level as he performed his songs including Gallardo, Fijo Gbowo, Emergency, Bend Down Pause, Walahitalahi, Superwoman and Mad Over You.

Yemi Alade and her band added great energy to the enthralling night as she sang her hit tracks: No do me, Kom Kom, Kissing, Ferrari, Taking over me, Charlie, Tangerine and Pose. The crowd could not contain the excitement each time Yemi Alade paused and froze during her break dance.

Timaya, who followed immediately with his  Dem Papa signature tune dazzled the crowd further with  I concur, Overdose, Money no dey, closing with Won fe pami.

Just when the evening was reaching its crescendo, Olamide came on stage and held the thousands of people in the hall captive  for over 40 minutes. In quick succession, he raced through all his hit songs, making the crowd to scream endlessly. A few of the songs he performed were Jeje lomo eko, Introduction, How are you, Oh baba, Alowo majaye, Don’t stop, Skekelobose shoki, Eledami and Omo abule sowo.

From Awka, the train of the Glo Mega Music Nationwide Tour will this weekend move to Owerri, Imo State, where fun lovers in the city will be given a dose of the world-class entertainment at the International Conference Centre on Saturday, April 22.

Those wishing to attend the Owerri show or any other of the remaining 26 shows are expected to use N2,000 within one month and text MUSIC and preferred location to short code 207, for example, “MUSIC Owerri’ to 207.

For more performances and backstage exclusives, simply get the Glocafe app on your phone or go towww.glocafe.com. 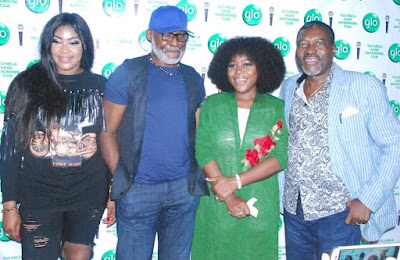