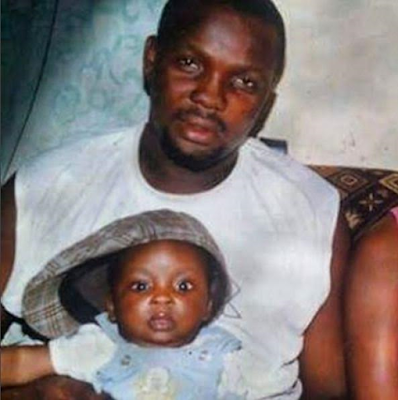 Actor, Yomi Fabiyi whose marriage to a white lady ended barely three years after they got married has explained why they initially got married. According to him, apart from liking each other, the white lady was supposed to help him get in contact with his son, whom he has not spoken to or seen in many years. Yomi Fabiyi shared a photo of the boy and wrote an emotional birthday post saying that it hurts to celebrates his son’s birthday with just stolen pictures as his first ex-wife won’t allow him talk to or see the boy. He wrote; 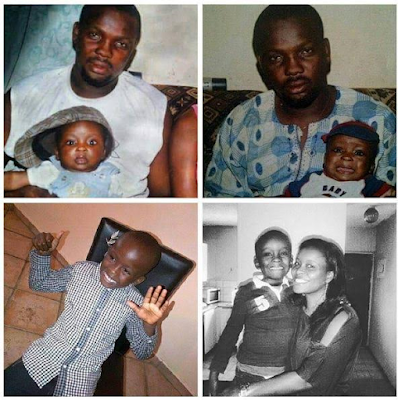 Thank God I took these pictures then. That means I may not have any with the boy. It hurts to celebrate your own child’s birthday at any point with stolen pictures for the past 8years.

This is NOT a punishment to my sin cos I am clean and innocent on this. It’s a clear case of recklessness and youthful exuberance.

Since she took him away at this age, she must have decided not to return him to Nigeria so I won’t have access to him. Now she has secretly relocated to America with him when I was thinking they are in South Africa. Ibukun know me better and know instantly I would never have married Fran because of paper or money despite our differences. I can bet my life on that.

So, for those who had said rubbish about me marrying a white woman because of passport or money, I forgive you. Now you know one of the reasons I got married to the white woman. Aside we liking each other and in a class of her own right, she promised during the early stage of the relationship to help by travelling with me to South Africa to sort my access to the kid out(not necessarily custody) as that will be easy as a step mother. That got me and I didn’t mince words, I went in for the marriage. I doubt if any thought about a different reason, YOU JUST WENT WITH CROWD. If what you are ready to give out is a guess, please don’t prove to know.

I cannot have a child and forget he existed because the mother is unnecessarily evil and enjoy connivance with some evil characters too. My child is worth more than anything and denying him my love, care and tutelage is criminal and sinful against God and him.

However, please learn to free your mind and thinking. I don’t care if you are rich, popular, exposed or has professorate degree. If you cannot respect an adult’ s choice or decision, provided it is nothing criminal, illegal, evil or anti-social, YOU ARE UNCIVILIZED. You are poor. Rich & busy minds don’t get angry or pained about the choice others make (If not bad) to be happy