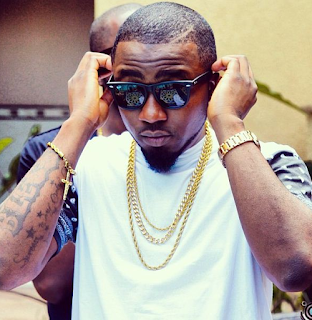 LIB: Have you ever been cheated on by a girl

Loading...
I don’t know, I wouldn’t say I know of any. I haven’t caught any of my girlfriends cheating on me. Actually, I always mess up. It’s never them messing up. It always me. I have been blessed to date some of the very nicest girls. I take my time before I get into relationships and I have been blessed to have some amazing women come in my life but I always mess up.
LIB: Give us an example of one time you messed up?
Many times, I cheat just like any other guy and sometimes I’m caught cheating or checking out somebody else. It is not something I’m proud of but I’m just being honest.
LIB: How do the ladies feel when they found out you cheated on them?
All of them went through hell..lol  It is not something I’m proud of. Its not a good thing but I’m just been honest with you because you are sitting down here and talking to me about it and I’m an honest man
LIB: Do you think cheating is something you need to work on?
‘Definitely’
LIB:Do you think your status as a celebrity influences you to cheat?
I don’t think it’s about being a celebrity. It’s just about being a guy.
LIB: Where do you meet the ladies you cheat with
They just find me.. lool!
LIB: Can we say social media has a part to play in this?
I wouldn’t blame it on social media because you can’t reach me on social media. Ask anybody if I have ever replied their dm, I don’t. This is because I feel the ‘dm’ is where the ‘devil meet’. My dms are crazy and every time I open my dms whether it’s Instagram or twitter, the first five messages already make me want to close it because it’s full of bullshit. So I don’t even bother opening it. It is a waste of time for me to click on that arrow. If you need to reach me, you come through my guys. If it is important, you know how to reach me and you won’t dm me. So I won’t blame it on social media. All the people I have any thing to do with, we met in real life, hung out in real life and played in life.
LIB: Did you ever cheat on Maima?
Yeah
LIB: When you were defending her on social media during the whole cheating saga, was it before or after you cheated on her?
I don’t know, Guys just cheat. Whether it is in the beginning of a relationship or in the middle. I’m not here to confess my sins but honestly, it could have been before or after.
LIB: When she was being called out for cheating on you, were you defending her out of guilt?
No, she didn’t cheat on me that time. She was totally honest in that situation. I don’t think she ever cheated on me. I had to defend her then because people were saying stuffs that weren’t true and I’m the boyfriend. so, I had to fight for my girl and people were calling her all sorts of name. She was totally innocent in that situation. I did my research very deep. Even if the world doesn’t believe that, I know what I’m saying. Nobody knows what we were then. So when I defended her, it was not because I felt guilty about anything, it was because she was innocent and I didn’t like the names people were calling her.
LIB: Is it  possible you never found out she cheated on you?
Maybe, just like every other girl I have dated. It’s possible they cheated and I never found out. I’m just saying I have never caught any girl I dated cheating on me. I’m the one who has been the sell out.
LIB: Talking about Maima specifically…
I didn’t catch Maima cheating. I didn’t think or suspect she was cheating. I think she was 100% honest with me. Maima was very good to me.
LIB: Are  you still with Maima?
No, we are not together any more
(1) NEW SEX REQUEST We Have been Notified That There is (1) Female Near Your Location that is looking for quick sex only If you are available immediately PLEASE CLICK HERE TO REVEAL HER CONTACT INFORMATION AT NO COST TO YOU This is a free message provided courtesy of this site