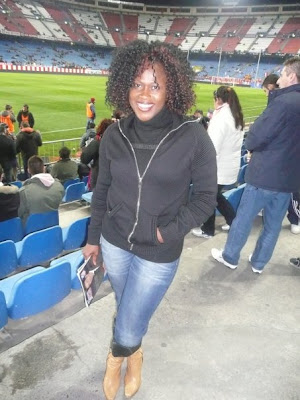 To say Nollywood stars have had their fair share of trials and tribulations in the hand of the media is an understatement. Some have been through the fire and are still smarting from the experience. The latest to be hit is popular Nollywood star and Glo ambassador Uche Jombo.

Some weeks ago a certain media house, News of the People based in Ojodu, circulated a story that the actress had undergone an abortion at the advanced stage of 6months for a certain Okechukwu Uche. Shaken by the news, Nollywooduncut.com decided to track Uche concerning the matter and the actress who was most upset, denied the allegations vehemently. ‘How can I abort a 6 month pregnancy? It is a bloody lie! I do not know how someone can wake up in the morning and his plan is just to destroy others with his poisonous pen! I can not tell you how this story has affected me emotionally and psychologically but I have handed the matter over to my lawyer and it is in court now! When pressed further Uche said, ‘I have issued a press release to the necessary media houses and have also been advised not to discuss the details of the case but I can tell you that I am suing them (News of the People) for one hundred billion naira!

Further efforts to get her to speak were rebuffed with the actress informing me that she was going for a well deserved rest in the United States in the coming week. She however directed me to her lawyer, Victor Ukutt Esq. who she said will handle the matter from now on.

Nollywooduncut tracked him down and he intimated me that the media house had already been written formally to retract and publicly apologize to the Star and failure to do this would result in them being served. When asked if the media house had complied and the lawyer said ‘No! So we have no option but to go ahead, sue them and summon them to court on the matter. We will do so formally on Tuesday 16th February 2010’. ‘And how much are you suing them for?’ He replies; ‘100 billion naira!’! I wonder if the media house can pay and voice that out to which he answers, ‘They should have thought of that when they were writing malicious stories about my client! We intend to pursue this matter to the fullest extent of the law till justice is done’. Meanwhile we at Nollywooduncut.com intend to keep you updated on this saga.
***