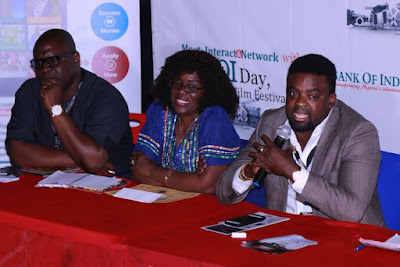 The 5th edition of the Africa International Film Festival, AFRIFF, has gained a significant stand on the grounds of Nigerian entertainment as its grand opening held at the Genesis Deluxe Cinema, Lekki, Lagos, with a flood of Nollywood celebrities, filmmakers, film directors and stakeholders in the entertainment industry from all works of life in attendance. 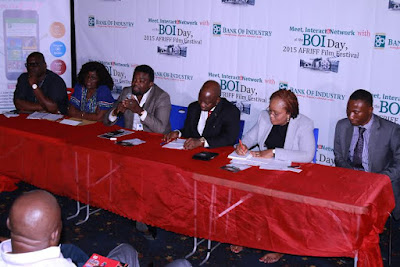 One of the most populated sessions at the festival was the Bank of Industry (BOI)’s interactive session on the NollyFund scheme, an initial Program Limit of N1.0billion and a single obligor limit of N50million for individual loans.

The forum which held at the Silverbird Galleria, Victoria. Island, Lagos on Tuesday, November 10, 2015, provided a platform between filmmakers and staff of the bank to interact better on the much publicised BoI NollyFund, 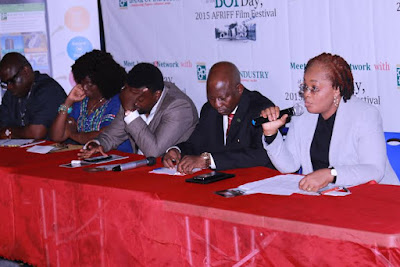 During an interactive session with  Bank of Industry’s Divisional Head, Large Enterprises, Mr. Babatunde Joseph, he reiterated that the NollyFund was created to give an opportunity to Nollywood stars and fillmakers to make films, tell their stories  and also make their profit, while helping them with various distribution platforms in Nigeria and Africa at large.

Notable filmmaker, Kunle Afolayan is one of the filmmakers who have accessed the fund for their different projects. Afolayan’s movie, The CEO, for which the loan was obtained, is predicted to be one of the best pan-African movie to come out of Nigeria.
Afolayan was on the panel alongside veteran actress Joke Silva and film critic, Shaibu Husseini, joined Mr. Babatunde and Mrs Uche Nwuka, Group  Head, Creative Desk at BoI to shed light on the workability of the Nollywood fund, which several filmmakers see as a welcome development.

Filmmakers from other African countries who noted that such scheme does not exist in their countries wanted to know if they are eligible to access the fund. Although Mr. Babatunde said it is a scheme meant to develop just the Nigerian creative sector, the visiting filmmakers praised the initiative, saying that Nigerian filmmakers are lucky to have such a developmental agency interested in film business.

Mr Afolayan, while speaking at the event, stressed that Nollywood celebrities needed to be business oriented to understand the art of filmmaking and stressed that they needed to make a checklist of documents required in support of the loan applications.

The event provided more cheering Jews for filmmakers, as representatives of Access Bank announced that support for the Nollywood development initiative with another N1billion loan fund.
Mr. Bolarinwa Animasahun, Zonal Head, Business Banking Division, Access Bank, stated that Access Bank was ready to partner Nollywood by creating more revenue stream. According to him, “we are ready to work with you, we are ready to promote one billion Naira into the business.”

Other Nollywood stars who were present at the interactive session include, Ramsey Nuoah, Rita Dominic, Ini Edo, Kemi Lala Akindoju, Notable producer, Teco Benson and a host of other Nollywood stakeholders

It would be recalled that the Bank of Industry had in the recent past, financed the following creative-industry projects: Half of A Yellow Sun, Flower Girl, Digitization of Silverbird Cinemas, The Filmhouse, Viva Cinemas, Ozone Cinemas, G-media etc.

Few months after it launched the Nollyfund, BoI extended the same facility to the fashion industry as part of the bank’s support for Small and Medium Enterprises (SMEs).

The Bank’s MD had said during the launch of the fashion fund that Nigerian fashion designers are one of the most creative in the world, adding that the fund was an initiative under the Gender Unit of the bank, and also targeted toward women-owned businesses only