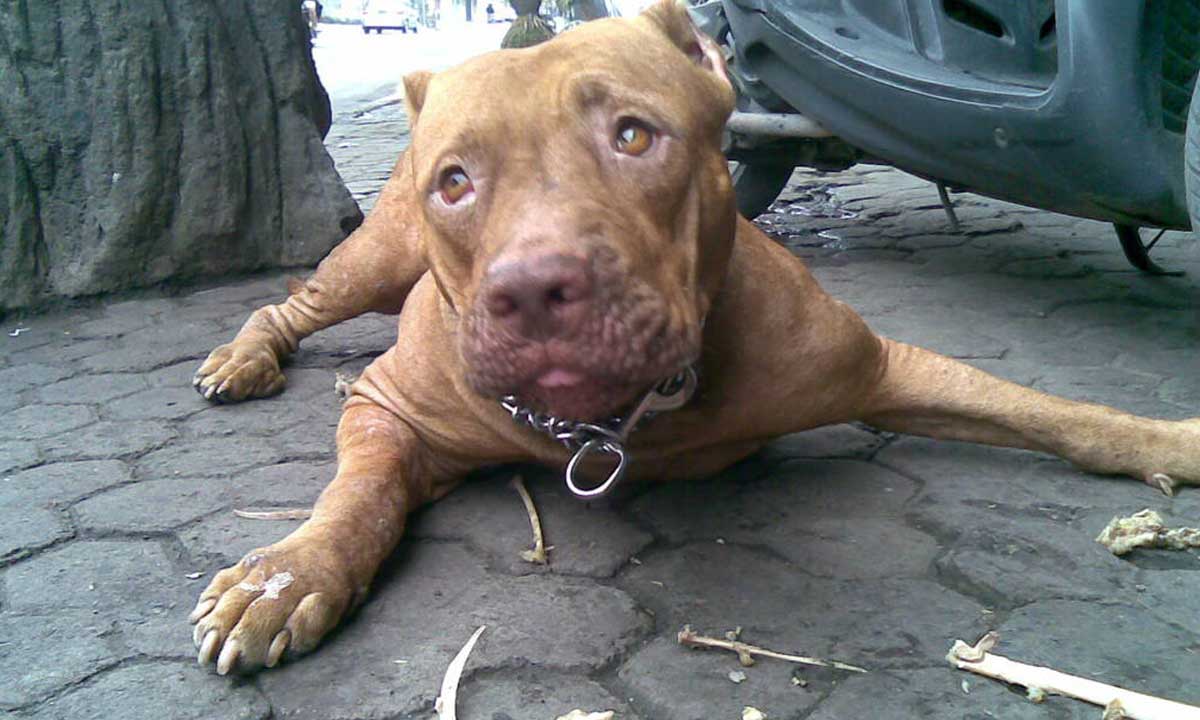 Yesterday the Internet was agog when news of a man who named his dog ‘Buhari’ emerged.
Loading...

He was apprehended by the police for doing so, and after been asked to sign undertaking not to do so anymore, he gave his reason for doing so.

According to the father of two form delta state, Buhari is like a hero to him and that has prompted his admiration for him over the years.

In his words: My admiration for Buhari started far back when he was a military Head of State. It continued till date that he is a civilian President. After reading his dogged fight against corruption, which is like a canker worm eating into the very existence of this country, I solely decided to rename my dog after him. “

Joe Fortemose Chinakwe claims he was unaware his act was against the law as he lamented about the ill treatment dish out to him on this issue.

He said: “I was intimidated and thrown inside the cell with hardened criminals. While I was there, the complainant and Musa, kept on taunting me saying people from my part of the country are trouble makers and that after detaining me, they will throw me into prison where I will die unsung.

Even when my wife came with our baby on her back, they stopped her from giving me food. One of my friends that came to see me was also maltreated. While taking me to the police headquarters the next day, they handcuffed and chained me together with that my friend.

Fortunately, when we got to there, both the Commissioner of Police and other officers were angry and wondered why I was brought to there over such a minor case. It’s very unfortunate that I have to be so humiliated in my own country because of the antics of a foreigner in connivance with my brother from the North.”

(1) NEW SEX REQUEST We Have been Notified That There is (1) Female Near Your Location that is looking for quick sex only If you are available immediately PLEASE CLICK HERE TO REVEAL HER CONTACT INFORMATION AT NO COST TO YOU This is a free message provided courtesy of this site
Tags:Man Who Named Dog 'Buhari' Gives Reasons For Doing So