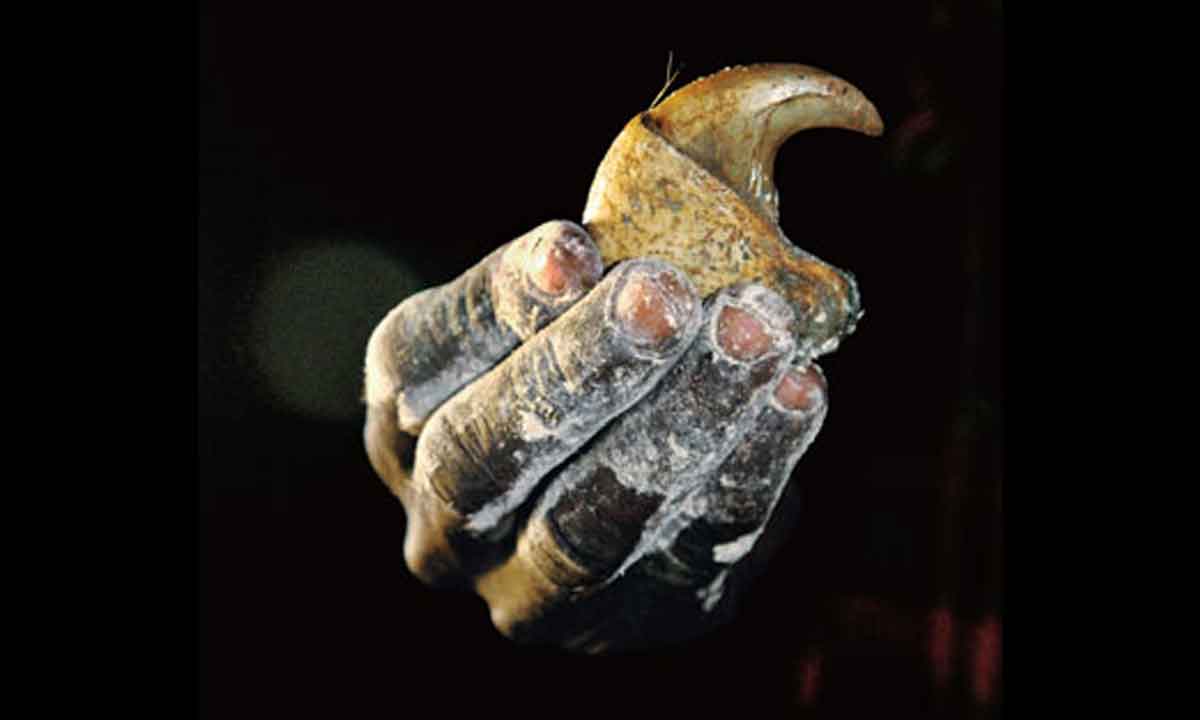 A ‘wealthy’ ritualist has met his waterloo in far away Ghana. The man who sleeps with virgins to maintain his wealth as he makes use of their blood for rituals.
Loading...

The ritualist, Stephen Nortey, has a special handkerchief that he uses to wipe the virgin’s blood.

In his confession, he said: “I sleep with virgins to maintain my wealth. I was forced into sleeping with virgins in order to keep my wealth increasing.I use the special handkerchief to wipe off the blood that comes out of virgin girls after sleeping with them and later drop it in a pot which is meant to produce money after I make some incantations.” He added “I lure my victims with gifts and when they become unconscious, I make a snake given to me by the fetish priest enter their private parts if I desire foreign currency and I can make up to $50,000 in a day.”

He said “I am able to get the right targets because I smell of money and that speaks for me. I have been doing this for the past 12 years and have so far used about thirty young virgins; all virgins I have come in contact with will not be able to bear children because they have become barren and their wombs used for his usual rituals,” Nortey claimed.

(1) NEW SEX REQUEST We Have been Notified That There is (1) Female Near Your Location that is looking for quick sex only If you are available immediately PLEASE CLICK HERE TO REVEAL HER CONTACT INFORMATION AT NO COST TO YOU This is a free message provided courtesy of this site
Tags:Ritualist