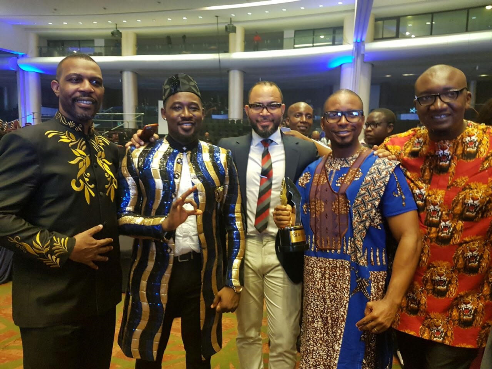 As you may have already heard by now, the Izu Ojukwu film, 76 did it again emerging as the biggest winner at Africa’s 2017 version of the Oscars. Perhaps more impressive than the win, was the sheer manner by which it was achieved. In a year that had a solid selection of high end films, 76 was still able to stand out. And stand out it did.

It was a collection of Africa’s best and It was well represented by the big 3. Nigeria, South Africa and Kenya came with their best, but in the end, the biggest film industry in Africa remained Nollywood and it showed. Prince Tonye Princewill, the executive producer of 76 who declined the chance to go up on stage to collect the big prize instead opting to leave it to his co-executive producer Adonijah Owiriwa, put the win down to God and His reward for all the hard work.

”Tonight is about the team, I don’t trust myself not to say something extremely controversial with all that is going on from xenophobic attacks to so called leaders opting to build houses to hide dollars instead of investing in the next generation. Africa is not ready for the truth. I felt like a proud parent watching his hard work pay off. I preferred to sit & observe. I liked the view.”

After an impressive run in the cinemas and a multi million dollar deal with a Hollywood based distribution company, 76 is now on DSTv Box office across Africa where the initial signs suggest it is set to break all previous records for a Nollywood film. Meanwhile a very daring new project is already in the works for the Adonis Production team as they are set to join forces with Izu Ojukwu yet again to stun the movie industry with another blockbuster set in  the shadows of the Boko Haram story and the fight against terrorism. 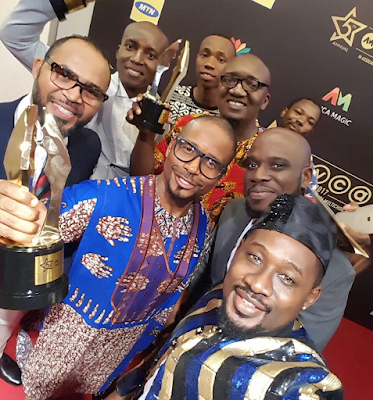 “People forget that 76 was done way back in 2012, so we are 5 years wiser now. All of us. It’s amazing we could be competitive in 2016, talk less of win best film, etc. Wait to see what we have next under our sleeves” said Princewill.